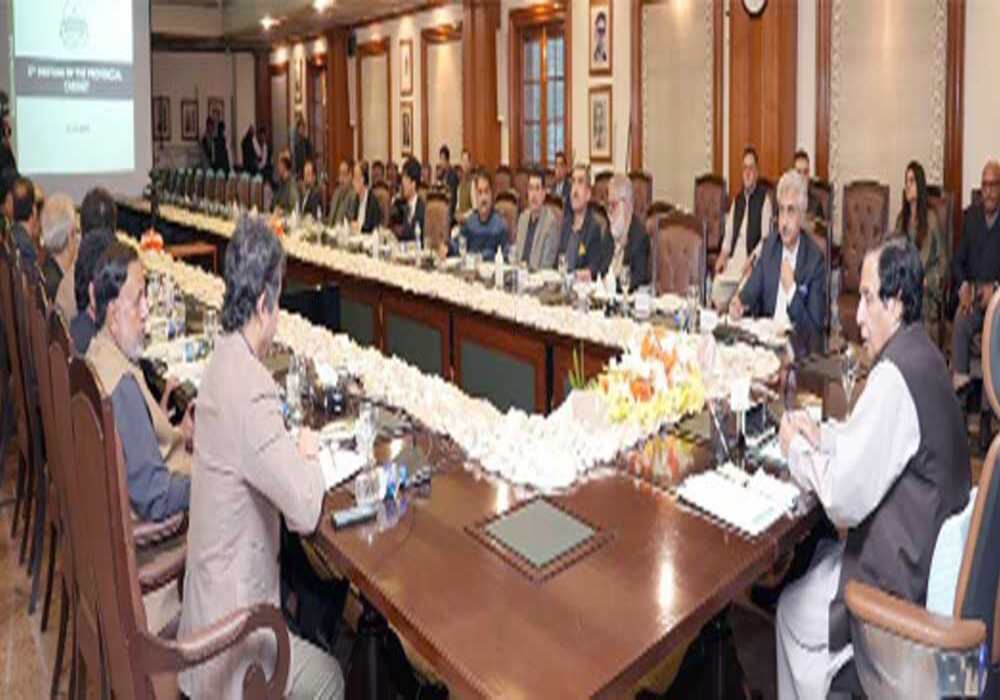 Chief Minister Punjab Chaudhry Parvez Elahi presided over the 5th Provincial Cabinet meeting at the CM office on Sunday, which strongly protested the demeanour of the federal government for not signing an agreement with Asian Development Bank over Greater Thal Canal Project.

“Had the Greater Thal Canal Project been in place the farmers would have received surplus water and could have become self-sufficient in wheat production due to which wheat would not have been imported and one billion dollars could have been saved,” the chief minister noted. The federal government denied its share in Greater Thal Canal Project. He underscored that the Punjab government would go to the last limit to attain its due right. How come those ruining the country can sustain the sinking economy?” he asked.

During the Punjab cabinet meeting, the decision to constitute a joint investigation team about the Model Town tragedy under Anti-Terrorism Act 1997 of section 19(1) was endorsed. In-principle approval was accorded during the meeting for the fast-track launching of waste-to-energy project to provide cheap electricity to industries. The Chief Minister directed the Local Government, Energy and Industries department to collaborate in this regard.

The cabinet also granted approval for the grant of aid for Journalists Housing Society Faisalabad and payment of outstanding dues to Justice Retd Shabbar Raza Rizvi in One Man Inquiry Tribunal. Approval was granted for the transfer of industrial and residential units condonation fee which has been fixed at 50 percent along with fixing time period, automation of stamp duty, lifting ban for making recruitments on new posts for E- Stamping and increasing the expenditure cost of PICIIP project in Sahiwal. The decisions made during the first, second, third and fourth cabinet meetings were also endorsed during the meeting.

Chief Minister Elahi presided over the second meeting of Cabinet Standing Committee for Wheat which considered the wheat-release policy and issuance of its quota along with available stock of wheat and its needs. The chief minister, while addressing the meeting, stated that by adopting an effective strategy the Punjab government saved Rs55 billion in the wheat sector during a period of one month. The CM disclosed that Rs2 billion extra were also being saved by ensuring financial discipline, and that it has been decided to enhance the quota of wheat in big cities, including Lahore and Rawalpindi.

The CM outlined that the Punjab government is strictly adhering to its policy to make itself self-sufficient in the production of wheat for being an agricultural province. He ordered imparting awareness to the farmers about the usage of seeds that yield more wheat. Also, Chief Minister Elahi took notice of the molestation of a 10-year-old girl in Okara and sought a report from RPO Sahiwal in this regard. He assured the affected family provision of justice and ordered the arrest of the accused as soon as possible.