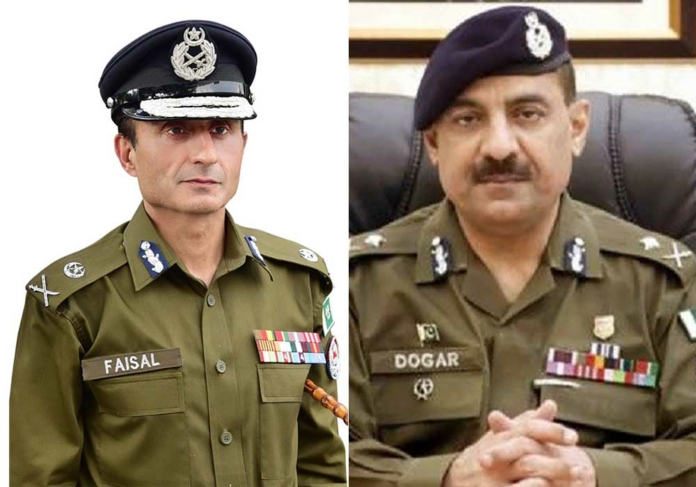 The Establishment Division issued a notification to suspend the 21-grade officer of the police service.

“Ghulam Mahmood Dogar, a BS-21 officer of the Police Service of Pakistan presently serving under Government of Punjab, is placed under suspension, with immediate effect and until further orders,” the notification issued by the establishment division read.

The development came a day after the PTI’s supporters’ protested outside the Governor’s House in Lahore against the attack on the party’s Chairman Imran Khan.

Last month, the Centre – via a letter – had ordered the CCPO to report to the Establishment Division within three days. However, Punjab refused to transfer his services to the federal government.

As per the letter, Punjab Chief Minister Chaudhry Parvez Elahi wanted to keep CCPO Lahore Dogar in the province to ensure security arrangements during PTI’s ongoing long march, the arrival of Sikh pilgrims from India via the Wagah Border to celebrate 100 years of Saka Panja Sahib, and the Tablighi Jamaat’s congregation.

Meanwhile, the administration of the Governor’s House has written to the provincial chief secretary and inspector general of police seeking the deployment of additional police force to ensure the security of Punjab Governor Muhammad Balighur Rehman, his family, and staff residing in its premises.

The letter requested Punjab to take all possible measures for stopping the mob from entering the Governor’s House. The administration also asked the government to register cases against protesters.

On Friday, angry mobs of PTI workers and supporters gathered outside the Governor’s House in a bid to crash the front gate of the mall. Some burnt tires, while others climbed the gate, damaging its CCTV cameras.

The former one, Kamran Ali Afzal, is currently on leave and the Punjab government had assigned additional charge of the CS’s office to the Planning and Development Board Chairman Abdullah Khan Sumbal.

Islamabad had been reluctant to post a regular administrator in Punjab after Kamran Ali Afzal went on leave. “Instead of posting a regular official to run the top administrative office in Lahore, the federal government had refused to give in,” said an official. He said that differences between the federation and federating units on petty matters may lead to a fiasco in the country.

During the meeting, matters pertaining to the registration of a FIR following the attack on Imran Khan and others issues came under discussion.

According to sources privy to the matter, the former prime minister directed Moonis Elahi to remove Inspector General (IG) Punjab Faisal Shahkar from his post.

Moonis Elahi accepted Imran Khan’s demand and assured him of removing the IG from the post.

“Parvez Elahi was made the chief minister of Punjab because of you,” he said, adding that they [CM Punjab] will implement his directions.

The development came after the IG reportedly refused to register a FIR of the attack on Imran Khan during the party’s long march near Wazirabad.

Imran and other PTI leaders were injured after a man opened fire near the PTI reception camp at Allahwala Chowk.

The PTI chief had said that three people, including PM Shehbaz Sharif and Interior Minister Rana Sanauhllah are responsible for the attack on PTI long march.

In his initial remarks, Imran Khan said that he received four bullets in the gun attack.