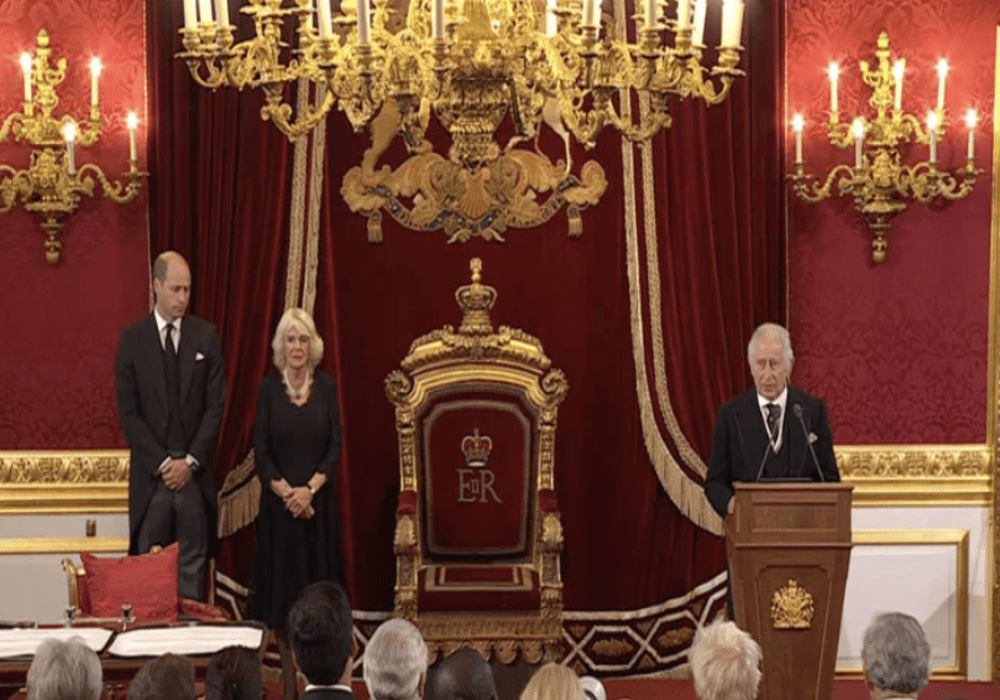 An Accession Council ceremony was held on Saturday wherein Charles III was formally declared king of the United Kingdom and the commonwealth.

On Saturday, the former Prince of Wales was declared “lawful and rightful Lord” of Britain and the Commonwealth.

The new king and queen arrived to St. James’s Palace’s State Apartments at 10:00am on Saturday to have his first Privy Council meeting.

In his first address, King Charles emphasized the influence of his mother on his upcoming reign.

King Charles said, “My Lords, Ladies, and Gentlemen. It is my most sorrowful duty to announce to you the death of my beloved Mother, The Queen.”

“I know how deeply you, the entire Nation – and I think I may say the whole world – sympathize with me in the irreparable loss we have all suffered,” he stated.

He further said, “In taking up these responsibilities, I shall strive to follow the inspiring example I have been set in upholding constitutional government and to seek the peace, harmony and prosperity of the peoples of these Islands and of the Commonwealth Realms and Territories throughout the world.”

The event comes after Charles III honored his mother, Queen Elizabeth II, with a heartfelt homage from Buckingham Palace on Friday.

Charles reaffirmed his commitment to serving the community for the rest of his life.

He also conferred the titles of Prince of Wales and Princess of Wales to Prince William and Kate Middleton during his speech.