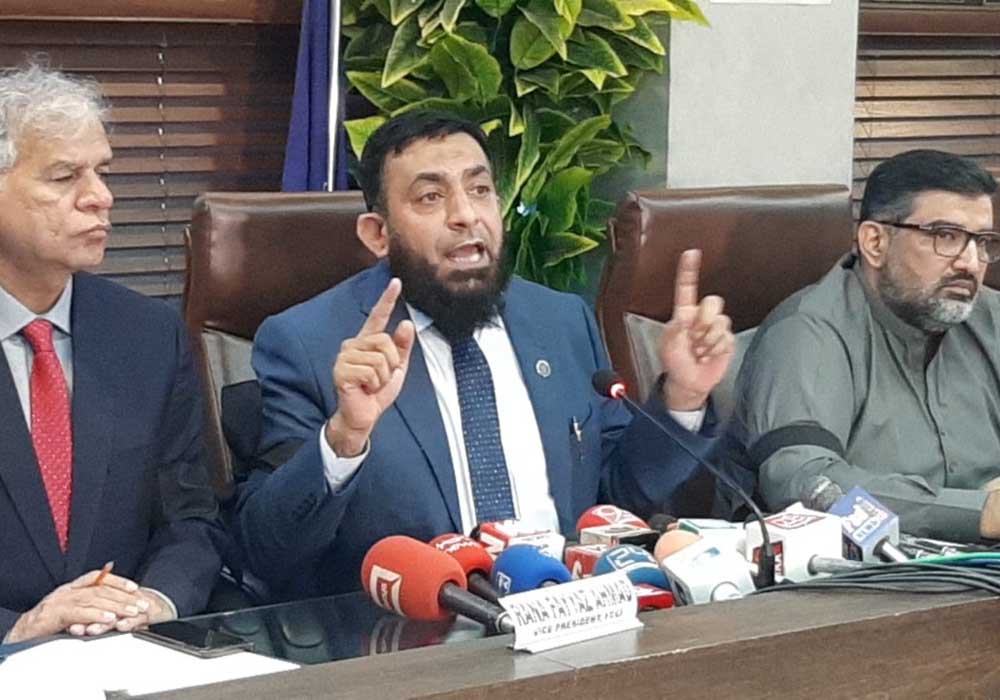 “Charter of Economy” (CE) is imperative for the economic survival of Pakistan and all political parties must realize the gravity of the situation and sign it in the greater interest of the nation and country, said Atif Munir Sheikh, President of Faisalabad Chamber of Commerce & Industry (FCCI) on Thursday.

Addressing a Press Conference along with the representative of all local trade bodies and associations, he said that political instability has played havoc with the country. “The unprecedented appreciation of the dollar is the main cause to destabilize the economy which is directly influenced with the prevailing political uncertainty”, he said and added that the value of their capital has recorded a steep decline and their assets have now been reduced to almost nil.

He said that the business community would suffer in the current situation by running their factories or shops and hence they have decided to close down their businesses. He said that the government is playing the role of a silent spectator while dollar appreciation coupled with heavy taxation, hike in interest rate, and the tariff of electricity, gas and petrol has further increased their cost of production and they have been forced to close down their businesses to save them from further losses.

He said that in this abysmal situation, the FBR was also harassing the business community by serving them notices. He said that it was a pity that a unit of Rs10 million has received a notice of 10.25 million. He said that political parties must play their role to eliminate prevailing uncertainty and if they failed to do so, we would be constrained to boycott them. He warned that 1.2 million workers would be rendered jobless in Faisalabad alone if the industrial wheel came to a grinding halt.

He said that 58 chambers are in touch with him and they fully endorse his idea that political parties must sign the charter of the economy to save the dwindling economy. He clarified that this move is totally non-political and they are considering resorting to protestation, staging a long march or sit-in immediately after the Ashura Muharram in addition to pulling down their shutters. “This strike may be for an indefinite period”, he warned and criticized banks that are plundering businessmen in the wake of dollar appreciation.