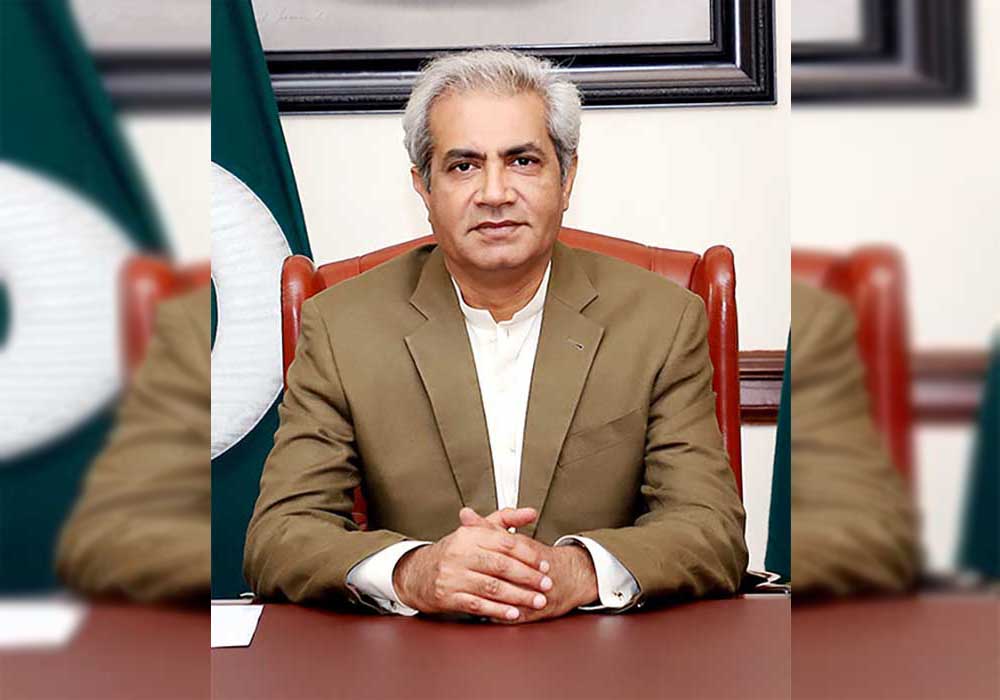 Former Punjab Governor and Advisor to CM Punjab on Information Omar Sarfraz Cheema was assigned the portfolio of Home Ministry on Thursday, a notification of which was issued the same day.

Cheema called on Chief Minister Punjab Ch Pervaiz Elahi at the CM House while former federal minister Moonis Elahi was also present on the occasion. According to the notification issued on Thursday, Cheema will retain the charge of information while he has been awarded the portfolios of Home and Prisons. It merits mention here that Cheema has been appointed as Punjab’s home advisor following the resignation of Hashim Dogar. Cheema’s appointment was made by PTI Chairman Imran Khan during his Lahore’s visit on Wednesday.

It is worth mentioning here that Hashim Dogar was under severe criticism for his statement in which he had said that the resources of provincial government will not be used during the planned protest call of Imran Khan to dislodge the federal government. Dogar was under immense pressure from inside the party’s hardliners who were not satisfied with his performance as Home Minister. The central leadership of the party was unhappy with Dogar for not taking stern actions over what happened on 25th May when the workers of PTI faced police brutality during Imran Khan’s long march at that time. It was demanded from him to make those people an example who were behind the crackdown on PTI’s workers on 25th May.

In the meanwhile, Omar Cheema condemned the arrest of Pakistan Tehreek-e-Insaf’s Senator Azam Swati. He said that the money laundering of Rs 16 billion by Shehbaz Sharif and Hamza Shehbaz was looked away from, while on the other hand PTI leaders are being subjected to political revenge with unjust arrests. He said that by issuing NRO 2, all the thieves and dacoits have been given free hand to suck the blood of the nation. Omar Sarfaraz Cheema further said that under the leadership of Chairman PTI Imran Khan, Pakistan Tehreek-e-Insaf will fight the “Shehbaz-Zardari mafia” at every level.