Sumbal has served in Punjab as secretary information, commissioner Sahiwal and Lahore 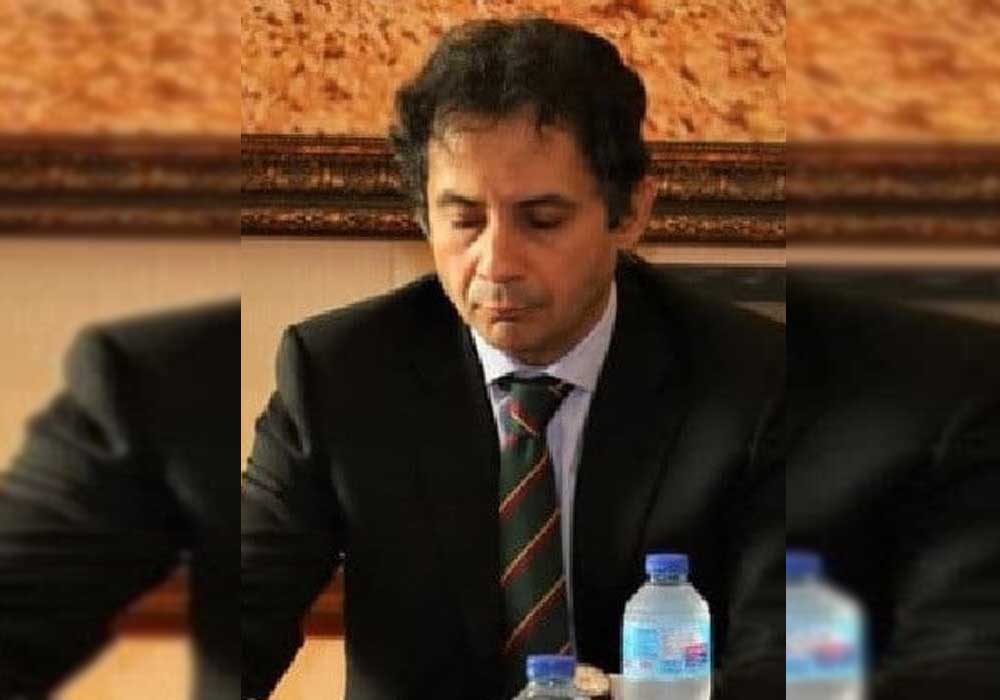 Planning and Development Board Punjab chairman Abdullah Khan Sumbal was on Wednesday finally posted as Chief Secretary Punjab by the Establishment Division Islamabad.

Earlier he was holding additional charge of the top slot. The notification, issued by the Establishment Division, said that Sumbal has been transferred and posted as Chief Secretary with immediate effect. Sumbal was one of the officers the Punjab government had recommended for the top administrative slot. The other two officers included Babar Hayat Tarar and Ahmed Nawaz Sukhera, both grade 22 officers.

Sumbal is a grade 21 Pakistan Administrative Service officer. He replaced chief secretary Kamran Ali Afzal who proceeded on long leave after differences with the chief minister Ch Parvaiz Ilahi. On the other hand, Inspector general Punjab Police Faisal Shahkar was also relieved from Punjab to join the United Nations mission. The Punjab government has assigned look after charge of the top cop to Additional IG Ghulam Rasool Zahid.

Abdullah Khan Sumbal is a seasoned civil servant, the son of a former chief secretary, Hayatullah Khan Sumbal. He has previously served in Punjab as the secretary of information, commissioner Sahiwal and Lahore divisions, secretary of higher education and special education etc. Lastly he was holding the Planning and Development chairman office. Sumbal also served as the additional chief secretary of Punjab. Sumbal, having credible repute, took over when the province is facing a political conflict.

When this newspaper talked to different officers, they were of the view that there are high expectations from him as he assumes his new role. He is seen as someone who is capable of handling difficult situations and who has a good understanding of the workings of government. There is hope that he will be able to resolve some of the key issues facing Punjab such as the demand and supply issue,  mismanagement, corruption, hoarding, price hike, overlapping of functions of different departments, lack of coordination among different bodies, introducing technology to replace colonial filing system and above all enhancing accountability of the officers.

There are rumours that the governor’s rule may be imposed in Punjab in order to address the rising political conflict in the province. This would give Sumbal greater control over the situation and allow him to take action against those responsible for causing unrest. However, it remains to be seen whether Governor Rule will actually be imposed or not.

One of the biggest challenges that he will face is tackling corruption. The Punjab government has been plagued by corruption scandals in recent years, and it is going to take a concerted effort from the new chief secretary and his team to root it out. Another challenge will be improving governance. There have been complaints about the poor governance in Punjab, and it is up to the new chief secretary to ensure that this changes. This will require overhauling the bureaucracy, a constituent team of honest and diligent bureaucrats, making it more efficient and responsive to the needs of citizens.

One of the biggest problems facing the new chief secretary is mismanagement within the government. Many key positions remain unfilled, leading to a lack of coordination and efficiency. In addition, there is a great deal of corruption at all levels of government, with officials often demanding bribes for basic services. Furthermore, the provincial limited resources are not being used efficiently, resulting in widespread poverty and unemployment.

It is to be recalled that there were differences between the ex-Chief Secretary of Punjab Afzal and the political leadership in the province. As such, the CS is responsible for ensuring that all government departments operate effectively and within the law. One of the key roles of the Chief Secretary is to act as a liaison between the provincial government and the federal government in Islamabad. In addition, he also oversees a number of important functions such as maintaining law and order, coordinating relief operations in times of natural calamities, and implementing government policy.

Due to the vast scope of his responsibilities, Chief Secretary often finds at odds with political leaders who may have their own agendas. In Punjab, the differences between CMs and CSS in past were well publicized. The transfer and posting of bureaucrats have been dictated by the ruling party rather than on the basis of their merit, alleged close circles of CS Afzal. They said that the transfers were nothing but an attempt to consolidate power and gain control over the administration. It would be a test case for Sumbal on how to keep a balance between political interference and administrative meritocracy.

The bureaucrats are finding it difficult to carry out their work effectively amid all this political interference. They are uncertain about their future and are scared to take any decisions that might not please the ruling party. This is hampering governance in the province and leading to a decline in development activities. A politician of the ruling party said that the chief secretary should investigate who was responsible for Asian Development Bank’s not approving funding for irrigation projects. He said that the CS should also have meetings with the auditor general to streamline departmental audits. CS should also punish those who were found guilty of the Murree tragedy as the probe committee pointed out. The CS should also take cognizance of the rising corruption in different departments.