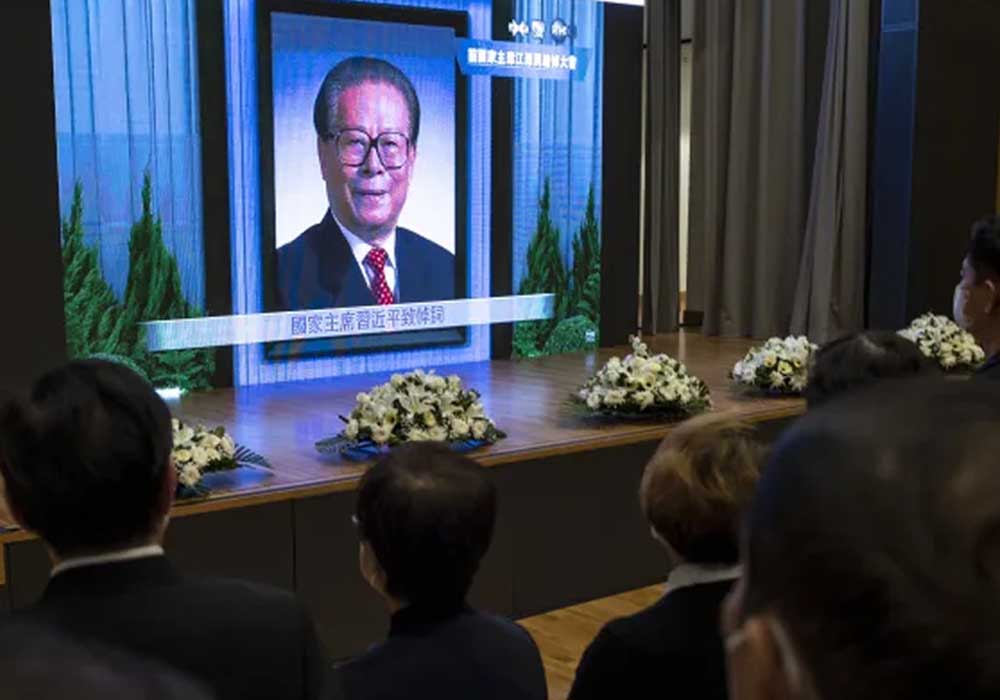 People of the Republic of China gathered on Tuesday to a standstill for the late former leader Jiang Zemin to show unity after the anti-lockdown protests last week.

Jiang passed away last week in Shanghai at the age of 96.

As per media reports, Jiang passed away from leukaemia and multiple organ failure.

He presided over a period of transformation from the end of the 1980s to the beginning of the new millennium.

At 10 a.m. on Tuesday, the Great Hall of the People in Beijing hosted a public memorial service that was live-streamed across the nation.

People also observed three-minute stillness as sirens rang moreover; Flags were flown at half throughout the nation and at Chinese diplomatic missions abroad to show respect to the late leader.

Jiang had been praised by Beijing’s official media as a brilliant communist revolutionary and for helping to put an end to severe political upheaval.
According to a Xinhua biography titled “Jiang Zemin’s great, glorious life,” Jiang Zemin was an exceptional leader enjoying considerable prestige.