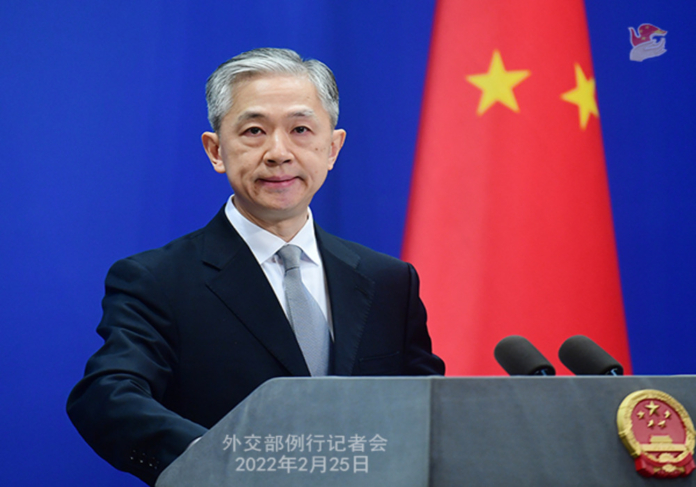 Beijing has urged the United States to oppose “Taiwan independent forces” to show its commitment to “one-China policy” and to ensure peace in Taiwan.

As per an Anadolu Agency report, China’s Foreign Ministry Spokesperson Wang Wenbin stated, “To truly safeguard peace across the Taiwan Strait, there needs to be unequivocal opposition to all ‘Taiwan independence’ separatist acts and such acts must be stopped.”

He went on to say that the peaceful reunification of the island with the mainland area is a Chinese matter and it must be resolved by Chinese authorities.

Wenbin also responded to US Secretary of State Antony Blinken about his remarks on change in China’s approach, warning that China is “determined to pursue reunification on a much faster timeline”.

He also stated that the reunification with Taiwan, which is home to 24 million people, by peaceful means is the first choice of the Communist Party of China and the Chinese government.

He also stated that there was no room for “separatist moments”.

“The more rampant ‘Taiwan independence’ forces are, the less likely it is for a peaceful solution to the Taiwan question,” Wenbin added.

Regarding White House Representative Nancy Pelosi’s first visit to Taiwan in 25 years, Wang stated that Washington had non-official ties with Taiwan in past but recently it has increased its interaction with the island.

He said since the two countries established diplomatic ties, US arms sales to Taiwan have increased in both quantitative and qualitative terms, “exceeding $70 billion to date”.