Says towers will also be used for early flood warnings, other purposes 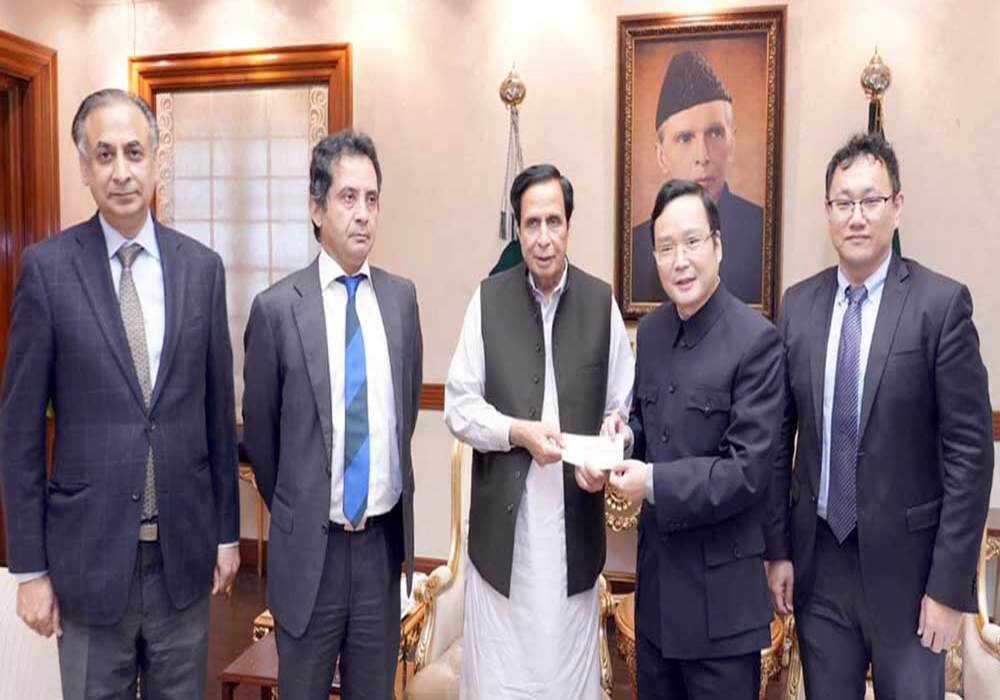 The chief minister noted that smog had become a global problem and the government wanted to use Chinese technology to control it in Punjab, especially in Lahore.

The Chinese technology would be beneficial for installing air purification towers in Lahore and other cities. Air purification towers will be installed near border areas and industrial areas, he added. These towers will also be used for early flood warnings and other purposes. The Punjab government has also imposed an environmental emergency to control smog, he added.

The Chinese consul general announced a scholarship of Rs6 million for students of Punjab this year and presented Rs30 million cheque for flood relief.

The consul general thanked Parvez Elahi for the assurance of support regarding the new consulate and said that the Chinese scholarship for Punjab students would be further enhanced next year. Punjab has a very favourable environment for investment and Chinese companies want to invest in Punjab. All possible measures would continue to increase cooperation in various fields, he added. The consul general also invited CM Parvez Elahi to visit the consulate and embassy.

Security reduced: Meanwhile, Parvez Elahi ordered on Monday to reduce protocol and security for him and also ordered for not stopping traffic during his movement.

Signal-to-signal traffic flow should be maintained and the stoppage of traffic at the place should not be more than one per cent, he said.

On the occasion, the chief minister lauded the role of PHA for organising colourful events for families and youngsters, adding that PHA Lahore had always taken lead in organizing graceful family events. The winter family festival would be held at Gilani Park and it was hoped that it would become the center of public interest, he added. He directed the PHA to complete all the preparations on time and assured that he would also participate in the annual winter family festival. The PHA DG briefed the chief minister on preparations and parts of the festival. He said that final dates of the festival would be announced on November 16 during a press briefing.

Also, Parvez Elahi has said that diabetes was increasing due to an unhealthy lifestyle. In his message on the World Diabetes Day, he noted that a timely diagnosis of diabetes is important as the patient could succumb to other diseases in case of any slackness. A simple lifestyle helps avoid diabetes, and prevention is better than cure, so patients need to take preventive measures along with treatment, he added.

Tariq Teddy: On the other hand, Parvez Elahi announced that the provincial government would bear the medical expenses of actor Tariq Teddy, adding that his family would also be supported. On his directions, the CM’s Office sent a letter to the Specialised Healthcare and Medical Education Department to constitute a medical board for the stage actor’s treatment. Every possible measure should be taken as the treatment of Tariq Teddy is a collective responsibility, he added.