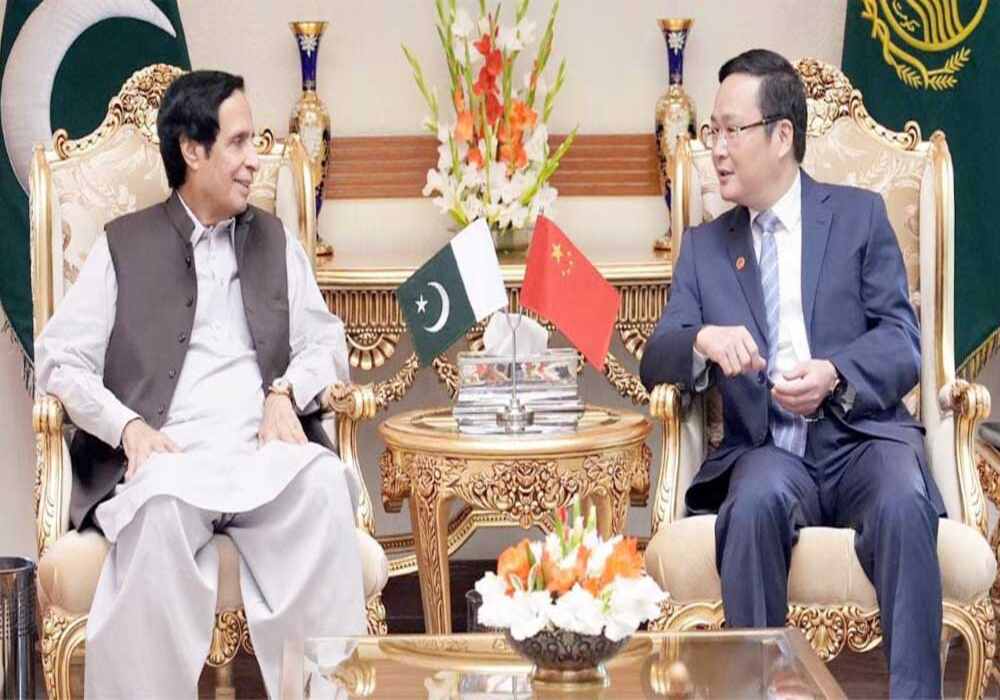 Chinese Consul General Zhao Shiren called on Punjab Chief Minister Chaudhry Parvez Elahi at his office on Thursday and extended good wishes on behalf of the Chinese government and the Chinese ambassador to Pakistan.

He expressed sorrow over the loss of life and property due to catastrophic floods in Punjab and reiterated the commitment to cooperate for the rehabilitation of the victims. It was further agreed to accelerate the CPEC project, investment and promotion of bilateral cooperation in education and other sectors.

The Chinese Consul General announced Rs300 million aid for the rehabilitation of the flood victims on behalf of the Chinese Consulate General in Lahore. The CM thanked the Chinese leadership and the people for their cooperation, while Zhao Shiren appreciated the public-centric approach of Parvez Elahi and observed that he has shown good performance in a short period.

“The Chinese cooperation is praiseworthy,” the chief minister said and mentioned that rehabilitation work has started in the province.

Zhao Shiren announced giving scholarships to the students of Punjab, adding that assistance would be provided for the improvement and rectification of CCTV cameras of the Punjab Safe Cities Authority.

In addition, a memorandum of understanding (MoU) would also be signed for joint training to expedite the organizational capacity of Punjab Police, he said and assured the CM of cooperation for the development of infrastructure, power plants, education, health and dam projects.

“I am saddened over the loss of life and property due to floods and China shares the pain of the distressed population,” he said. More steps would also be taken to promote bilateral relations and access to quality education for children of backward areas would be ensured through cooperation,” he concluded.

Separately, the chief minister said that the struggle of late veteran Hurriyet leader Syed Ali Geelani for the freedom of Indian-Occupied Kashmir cannot be described in words.

In a message on his first death anniversary, the chief minister said Geelani devoted his life to the cause of freedom of Indian-Occupied Kashmir and he valiantly countered Indian state-sponsored atrocities throughout his life. “The invaluable role played by Syed Ali Geelani in the freedom struggle is a bright chapter of the Kashmir movement,” he concluded.