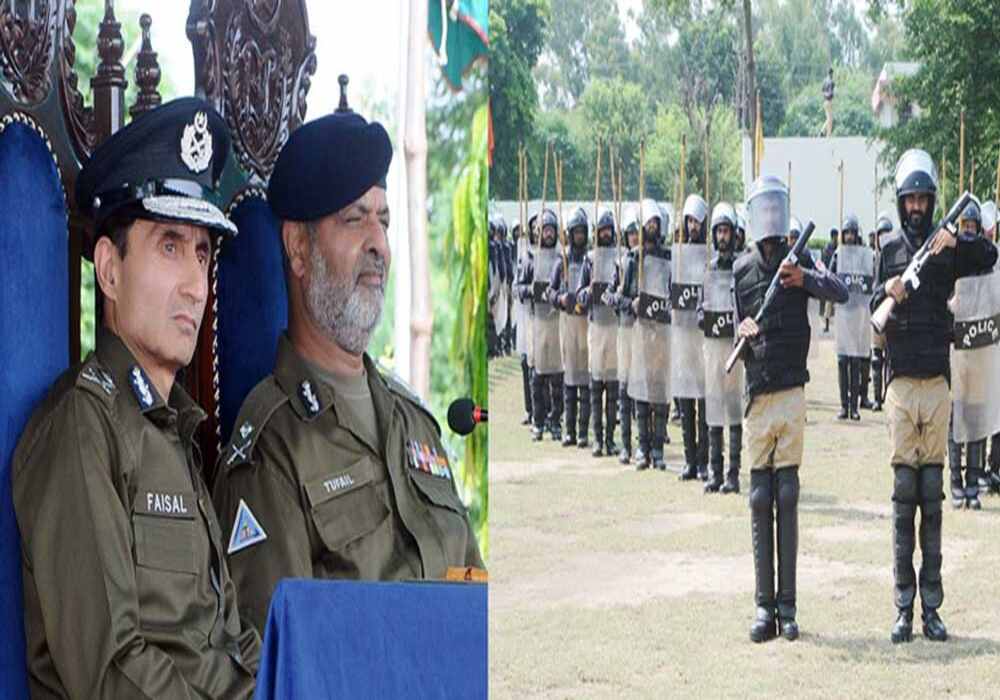 Inspector General of Police Punjab Faisal Shahkar has said that the conduct of the officers on duty in emergency situations like protests, rallies and sit-ins should be professional as per the SOPs of the anti-riots training course.

The IG Punjab said that under the MoU between Punjab Police and Jiangsu Police China, modern and updated training courses will be conducted to increase the efficiency of force so that lives and property of the citizens could be saved from miscreants in protest situations. IG Punjab said that all the personnel are being given a special Anti-riots course in a phased manner to deal with the angry protesters in a peaceful manner.

He said that the Punjab Police is increasing the capacity of the force to effectively deal with violent demonstrations, protests and vandalism and in this regard, provision of modern resources and facilities to the anti-riots force is being ensured on a priority basis. He expressed these views today while addressing the officers and officials on his visit to Punjab Constabulary Headquarters, Farooqabad, Sheikhupura. IG Punjab participated in the closing ceremony of the fourteenth anti-riots course.

According to the details, 465 personnel of Punjab Constabulary participated in the two-week long anti-riots course and jawans participating in the course demonstrated practical exercises to disperse the mob violating law under emergency situation. The course passed out candidates proved their mettle by dispersing the angry protestors through professional skills. Commandant PC Ehsan Tufail said that a special Anti-riots course based on modern skills has been created for the capacity building of police personnel and more than 7 thousand police officers and personnel have received training in the special Anti-riots course.

IG Punjab Faisal Shahkar while addressing the Punjab Constabulary personnel who completed the course said that this training will help the personnel to deal with protests, rallies or angry demonstrators in a peaceful manner. IG Punjab congratulated the jawans for their excellent display of professional training, practical skills and modern procedures. Later, IG Punjab presided over a high-level meeting at Punjab Constabulary Farooqabad, during the meeting Commandant Punjab Constabulary, Ehsan Tufail gave briefing to IG Punjab about other professional matters including training courses while IG Punjab issued important instructions regarding the up-gradation of training modules.

Also, Shahkar took notice of the killing of two brothers in Gujranwala by motorcycle-riding accused and has asked RPO Gujranwala for a report on the incident. IG Punjab ordered CPO Gujranwala to form special teams for the immediate arrest of the accused and said that the accused should be arrested as soon as possible and brought to justice. IG Punjab directed that the supervisory officers should keep close contact with the families of the victims and ensure justice to the families on a priority basis.