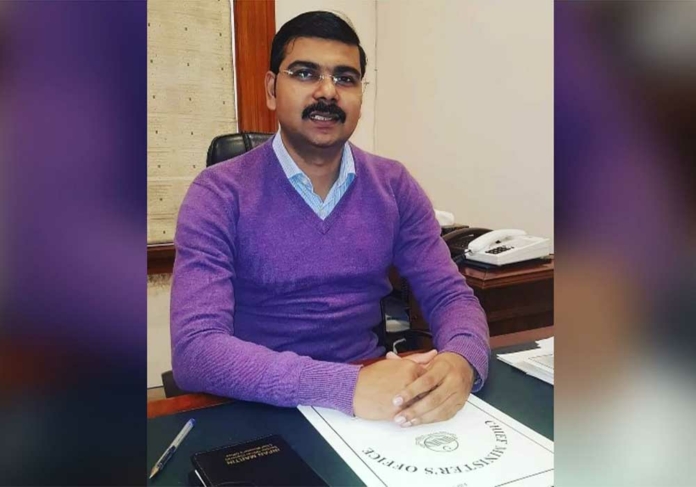 A Christian MPA hailing from PML-N lamented the sad incident of torture on Assistant Commissioner Pir Mahal who is also from the Christian community as he was beaten up by a group of lawyers in his office.

The incident took place on Saturday when Pir Mahal Assistant Commissioner Irfan Martin was busy in his office and a group of lawyers visited him and locked his office from the inside before beating him. On Monday, when the session of the Punjab Assembly started, PML-N MPA hailing from the Christian community Khalil Tahir Sandhu took the floor to talk about the incident over a point of order. “Pir Mahal AC Irfan Martin is an honest officer with excellent repute but a sad incident happened to him,” said MPA Sandhu.

The lawmaker said that the AC was beaten up by a group of lawyers who wanted to get a decision by him in their favour. It was a land dispute and the lawyers pressurised him to get a favourable decision, the MPA said. “He was tortured and kept hostage, and he faced all this just because of the reason that he is a non-Muslim,” Sandhu claimed, who has also served as minister for human rights and minorities affairs in the past.

Later, talking to this scribe, Sandhu said that not a single arrest had been made so far despite the fact that it was a horrible incident. “I highlighted the issue in the House but it is really unfortunate that both the home minister and law minister were absent,” the MPA said, adding that he had handed over the copy of FIR to the chair waiting for further action.

Responding to the lawmaker, Minister for Parliamentary Affairs Raja Basharat said that the FIR had been lodged and he would convey the concerns of the MPA to the home minister. This incident is really sad and it shouldn’t have happened, the minister said.

According to the FIR lodged with Pir Mahal Police Station, a group of lawyers locked the office of AC from the inside and tore his clothes while also beating him badly. The FIR was lodged against lawyers Imtisal Chaudhry, Rana Haseeb, Suhaib Munir Ramay, Jamil Vaince, Shaban Nonari, Sufian Nonari, Muhammad Hussain Fraz, Rao Noaman, Akram Nonari and their 10 unidentified accomplices. The case was registered against the lawyers under Section 7 of the ATA and Sections 506, 365, 382, 353, 186, 148 and 149 of the PPC.

“The lawyers forced me to give an illegal decision in their favour but I refused,” said the FIR. The terrorism was created at the Tehsil Complex of Pir Mahal by their act, it added. The FIR further said that the lawyers also took away office files while snatching Rs10,000, a wrist watch and an ID card. It is worth mentioning here that the sanitary workers of Pir Mahal Municipal Corporation also staged a protest demonstration in the city while blocking the traffic in order to show solidarity with Assistant Commissioner Martin.

Talking to Minute Mirror over the phone, AC Martin said that it was an attack on the state and stern action must be taken against those lawyers. “There was severe panic among the people of Pir Mahal when the incident took place and then we carried out a flag march in our area to give a sense of security to the public,” the AC said. He also said that the bar councils should also take action against those lawyers who attacked the state’s representative.

Earlier, the session of the Punjab Assembly was started after a delay of more than two hours from its scheduled time with Mian Shafi Muhammad in the chair. The treasury failed to meet the quorum and the chair had to adjourn the House without taking any agenda item of the day. The session will resume on October 17 after a gap of seven days.