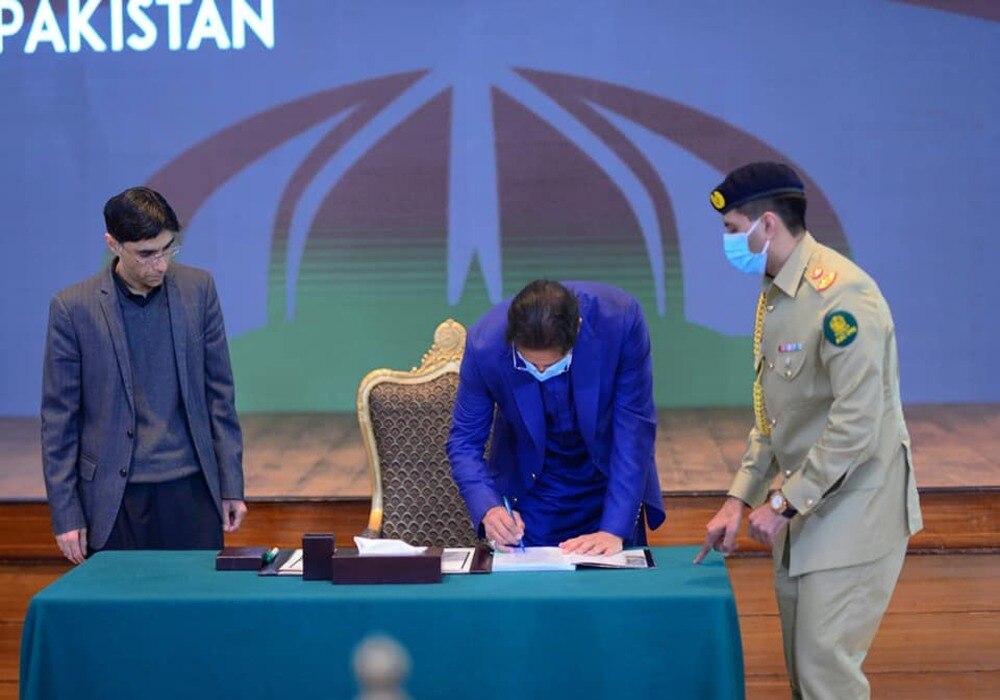 Addressing the launching ceremony of the public version of the document, the premier said that inclusive development would uplift neglected areas along with poor people. He added that the common man was a stakeholder towards the protection of the state.

PM Khan lauded the National Security Division for making a policy grounded in state wide harmony. The policy places economic security at its core and has aimed to create a country that would be economically resilient.

The premier announced that the National Security Committee would regularly evaluate the progress towards implementation of the policy.

Yusuf said the policy focuses on national consensus and creating a secure economic future. He added the policy would also emphasize on defense and territorial integrity and internal security.

The launching ceremony was attended by the speaker National Assembly, federal ministers and chairman joint chiefs of staff committee. All services chiefs and other senior civil and military officers were also present.