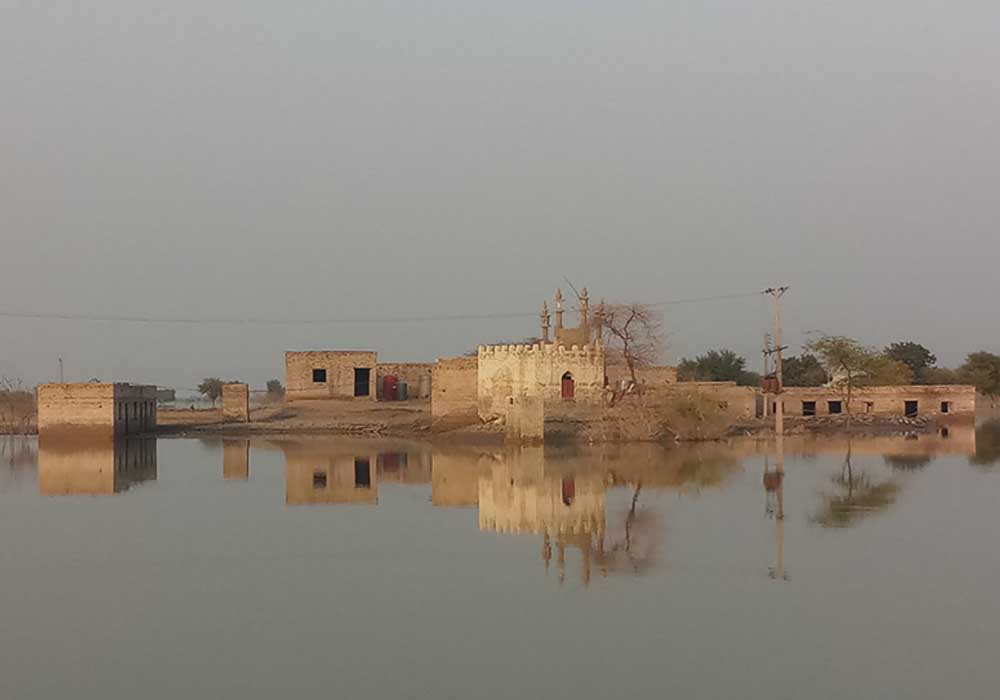 The residents of various areas of the province have held the high-ups of the Sindh for their alleged indifference towards their unending hardships due to stagnant floodwaters.

The people from different areas of Dadu, Jacobabad, Khairpur, Naushahro Feroze, Mirpurkhas and other districts talking to this reporter on Wednesday slammed the high-ups of the Sindh for their alleged indifferent attitude towards their plight due to stagnant floodwaters in their respective areas and the subsequent outbreak of the various diseases and viral infections. The flood victims informed that vast areas of Dadu, Khairpur, Jacobabad, Mirpurkhas, Shaheed Benazirabad, Badin and other districts were still under floodwaters and officials,  who were assigned with the responsibility of draining out of the stagnating waters were nowhere to be seen with corrective measures so that they resettle themselves in the devastated villages and could cultivate crops for their survival.

The residents whose villages are still under or surrounded by stagnant floodwaters deplored that no sincere efforts were being made to drain out water from their areas and agricultural lands. They held the officials of the Sindh irrigation department and other civic agencies responsible for such a gloomy state of affairs despite the lapse of four long months. Aziz Kingrani, the eminent playwright and researcher from Dadu district said that it was very unfortunate that several hundred families were forced to live along the roadsides as their villages were still under floodwaters in Khairpur Nathan Shah, Mehar and Johi talukas. Kingrani added that due to the callousness of the rulers towards the unending miseries of shelterless people the disease was taking a heavy toll on those exposed to open skies.

He observed that it was enough proof that they had been left to die of malarial diseases and other health complications with no remedial measures to save them from such catastrophic conditions. Professor Kingrani stressed that the only way to avoid such catastrophes in future was to restore the natural ways of water under the supervision of experts and professionals. He added that breaches occurred to the dykes of Manchhar Lake and drains were yet to be plugged in and demanded the high-ups to move into the actions holistic approaches to stem the rot.

Fouzia, an activist who has been running a vigorous drive on social media with the hashtag fix the rickety drainage system of Sindh deplored that rulers of the province had never given priority to even provide relief to over 13 million people of Sindh, according to her, needed urgent rehabilitation in their destructed and devastated villages and localities. She went on to claim that rulers first had miserably failed to rescue the people when floodwaters from Balochistan had hit various districts, and then millions were left to face hunger and starvation after they had lost their houses, crops, livestock and many lives of their dear and near ones.