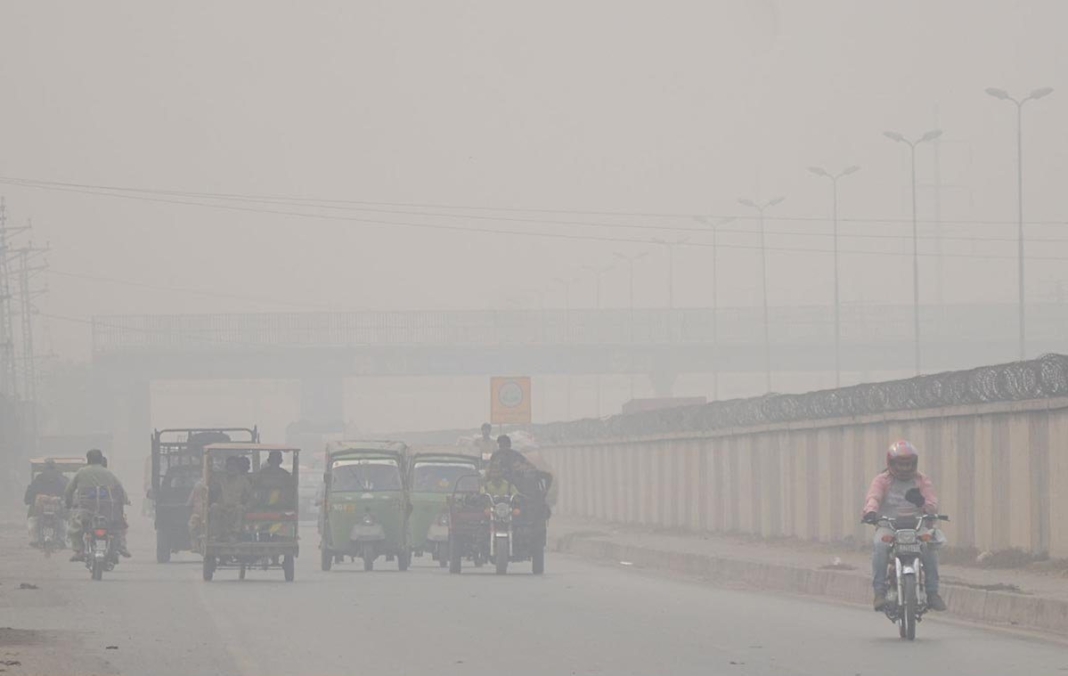 Smog has citizens gasping for breath, with several irked over the government’s inefficiency in dealing with the grave health crisis that has enveloped cities like Lahore in a dense, wispy cloud of hazardous particulate matter (PM).

According to local news reports, the Air Quality Index (AQI) for Lahore was a ‘ hazardous’ 337 according to IQAir on Wednesday and Thursday. Educationist Ammar Ali Jan said that air purifiers were now a necessity, which reflected the ‘state’s failure’. He said that citizens had to pursue ‘private education, private health and private sports-clubs’ and now they had to curate their own safe water and air. Jan furthered that the condition of cities was ‘criminal and unsustainable’.

The need for air-purifiers is the most glaring example of the state's failure. We were forced to seek private education, private health and private sports-clubs. Now we are forced to spend money for privatized water and air. This situation is criminal and unsustainable.

In a separate tweet, Jan had previously said that political parties lacked the acumen to deal with the smog crisis and that youth needed to be at the frontlines to combat pollution. He said that the air quality was making it especially difficult for the elderly and children to breath.

Haroun Rashid, a retired businessman also commented on government’s inefficiency. He tweeted a notice by Punjab Chief Minister Usman Buzdar in a local newspaper, in which the CM declared smog to be a provincial crisis. Rashid said that the government had sprung to action after the storm had already begun.

In the grave environmental hazard, fashion designer Khadijah Shah resorted to dark humour and said that Lahoris were an ‘endangered species’ who should be enjoyed till they perished due to the high AQI.

Air quality today, 600. Lahoris are an endangered species, enjoy us till we last

Citizens in parts of the country also reported health troubles in the wake of worsening smog. A person from Karachi said that he was at a rooftop when he started experiencing throat ache and breathing problems. He said that the residents in the area blamed trash burning in Korangi and furthered that the metropolises in Pakistan were fast becoming inhabitable.

Was at an event held on the roof of a house in Karachi DHA when I suddenly developed a sore throat. Later in the evening also noticed difficulty in breathing & smog. Residents said this was due to trash burning in Korangi. Big cities in Pakistan r fast becoming unliveable.

Educationist Jasir Shahbaz said he had lived in Lahore his whole life but after recently living abroad, his immune system could not take the perilous smog as he was now suffering from runny eyes, sore throat, and a persistent headache.

Lived whole life in Lahore. Went to Europe for a year and my body can't tolerate smog anymore. Runny eyes, itching in throat and headache everyday for last one week. Feeling like an indoor plant. Thank you west for ruining this one good thing my body had- tolerance to pollution

Writer Nadeem Akram meanwhile pointed towards India and said that Pakistan suffered smog due to the neighbouring country. Akram said that Pakistan was facing the brunt of living next door to the most polluted country in the world, New Delhi.

Smog has become a burgeoning issue in Pakistan in last few years during winters. This year too, as chiller temperatures set in, the mixture of fog and smoke has started causing health problems for citizens. With different values of the AQI floating around, the Punjab Environmental Protection Department (EPD) on Thursday said it would take legal action against those spreading disinformation regarding air quality of Lahore through inaccurate readings presented under the purview of the Air Quality Index (AQI).