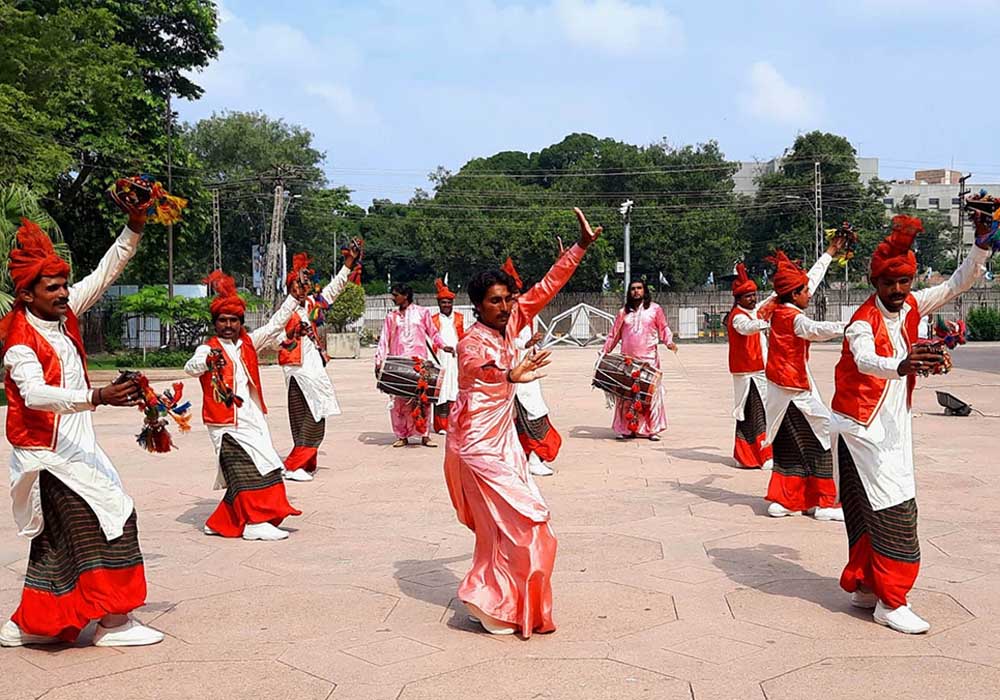 Like the previous years, citizens in the provincial capital on Sunday observed the 75th Independence Day of Pakistan with traditional fervour and enthusiasm, with several activities held to mark the occasion.

Though the celebrations had started at midnight on Saturday that lasted for 24 hours where a large number of citizens came out on the roads of the city. However, the day started with a 21-gun salute by the army in Cantonment, followed by flag-hoisting events organised by the public and private sectors. A change-of-guard ceremony was held at the mausoleum of Dr. Allama Iqbal. A smartly turned-out contingent of the Pakistan Army assumed the guard duties at Mazar-i-Iqbal.

Marching to the band tunes, the contingent took positions at the four corners of the mausoleum. The Rangers were ceremoniously moved out by the officer-in-charge. A large number of people including women and children attended the flag-lowering ceremony at the Wagah Border. Jawans of Pakistan Rangers lowered the flag amid chants of “Pakistan Zindabad” by rejoicing children, women and the elderly.

People from all segments of society celebrated the day but the bikers remained the centre point of attraction around the city’s roads. The Mall Road of Lahore at Charing Cross was the gathering point of the citizens but many of them coming with their families found the flood of bikes a nuisance. Some bikers were seen harassing the commuters. 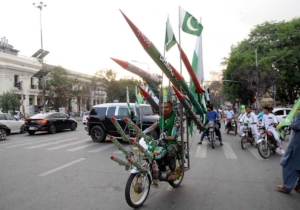 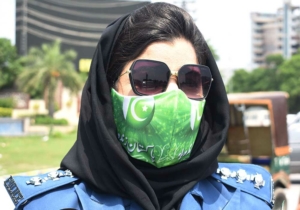 Besides Mall Road, a huge traffic mess was witnessed on Canal Road and on other major roads including Jail Road, Multan Road, Ferozpur Road, GT Road, Allama Iqbal Road and Wahdat Road where people covered distances of a few kilometres in hours. A few clashes erupting from road rage were observed in various parts of the city as commuters got frustrated by the traffic jams.

Moreover, a great rush of citizens was observed in public parks; Race Course, Bagh-e-Jinnah, Jallo Park, Gulshan-e-Iqbal Park, Greater Iqbal Park, Shalamar Park, Lahore Forest, Lahore Zoo and other places where families could be witnessed enjoying the day. Meanwhile, the local administration and government department had arranged different programmes across the city to mark the day. In this regard, many government buildings were illuminated while firework displays were conducted at different places.

The Park and Horticulture Authority exhibited the country’s second-largest national flag in Jilani Park Lahore. The flag was inaugurated by the provincial Minister for Housing Mian Aslam Iqbal during a ceremony held in this regard. A national flag hoisting ceremony was held here at the Federation of Pakistan Chambers of Commerce and Industry Regional Office Lahore to mark the Independence Day of Pakistan. Members and the representatives of trade and industry. 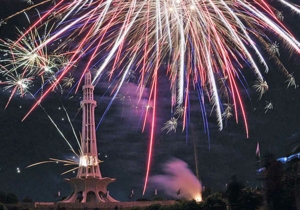 The chief minister also laid a flower wreath on the grave of Allama Muhammad Iqbal at Hazoori Bagh and offered Fateha. He prayed for the solidarity, development, prosperity, and stability of the country. Khateeb Badhshahi Masjid Maulana Abdul Khabeer Azad offered dua. The CM mingled with the scouts and hoisted the national flag with them. Schoolchildren sung national songs on occasion. 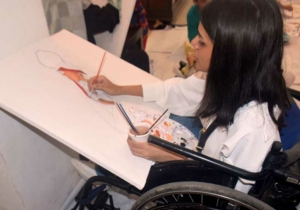