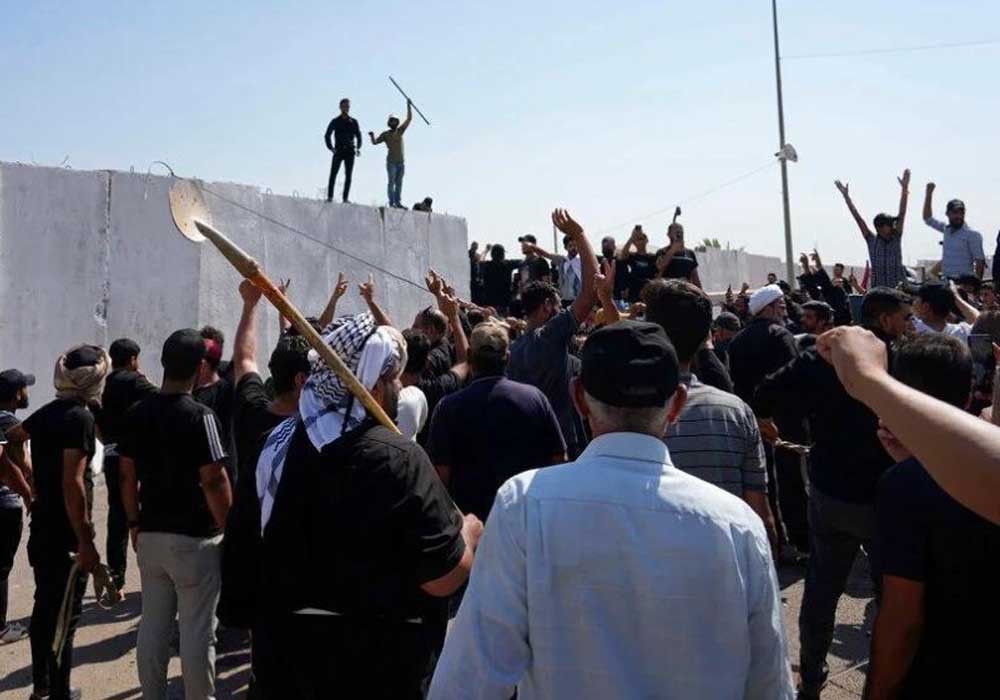 On Monday, after prominent cleric Muqtada al-Sadr said he would leave politics, his supporters stormed an opulent government building. As a result, twelve protestors were killed.

Young men who supported Sadr stormed the government building in the Green Zone of Baghdad, which was originally Saddam Hussein’s palace. They then moved to the streets outside the area where they engaged in a confrontation with members of opposing Tehran-backed groups.

Some people were spotted firing guns at the Sadr supporters’ lines, while others shot into the air. Rival parties’ supporters also threw stones at one another.

A months-long political standoff that prevented the creation of a new administration led to the flare-up. A curfew was soon imposed by the army.

Muqtada al-Sadr had earlier said on Twitter, “I hereby announce my final withdrawal.”

He also criticized other Shia political figures for not heeding his pleas for reform.

The United Nations Assistance Mission in Iraq (UNAMI) advised protesters to immediately leave the area, describing the developments as “an extremely dangerous escalation”.

They also urged everyone to “refrain from acts that could lead to an unstoppable chain of events”.

Iraq’s military issued a nationwide curfew and ordered the demonstrators to vacate the Green Zone.

Iraq has gone without a government for the longest time because of the ongoing standoff between Sadr and his opponents.

Mustafa al-Kadhimi, an ally of Sadr and the current temporary prime minister, decided to suspend cabinet sessions after demonstrators overran the government building.