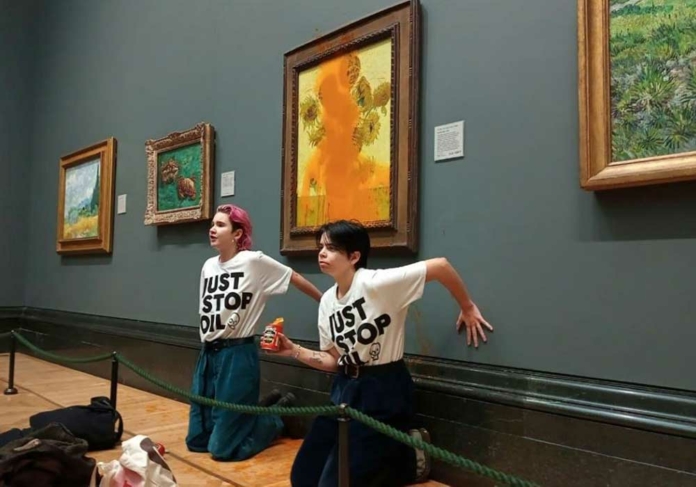 Environmental activists from the campaign Just Stop Oil group have splattered tomato soup at Vincent Van Gogh’s “sunflower painting” before glueing themselves to the wall at London’s National Gallery.

According to London’s National Gallery protesters caused “minor damage to the frame but the painting is unharmed.”

Just Stop Oil is a protest group that has arranged a series of major protests in order to halt the UK government’s permission for discovering, developing, and producing fossil fuels.

Whereas, Just Stop Oil tweeted that the protest’s message was “Choose life over art”.

As per police report, both activists were arrested on charges of criminal damage. “Specialist officers have now un-glued them and they have been taken into custody at a central London police station,” police stated.

Just Stop Oil has been carrying demonstrations in the United Kingdom’s capital for the past two weeks. However, the throwing of the soup by climate activists was the recent “direct-action” stunt by environmental activists targeting works of art.