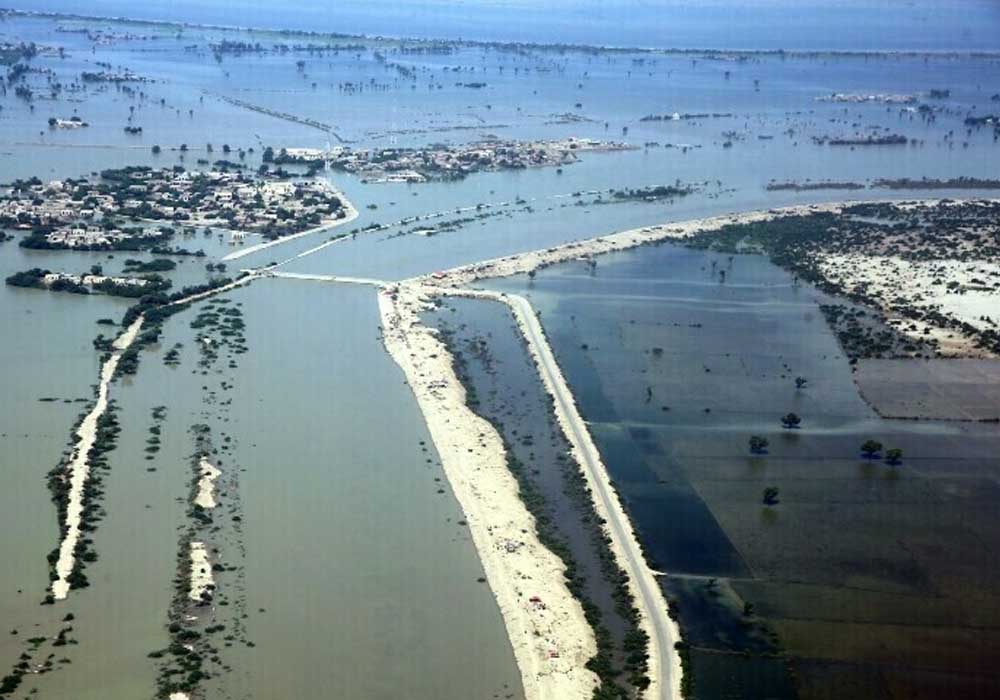 The worst floods of Pakistan would likely wreak havoc in future due to climate change, United Nations has warned.

The latest UN report has warned that the catastrophic flooding in the country could happen in the future as well urging the world to start working on reducing global warming and reducing carbon emissions.

“This year some countries faced water shortages while some others suffered devastating floods,” the UN’s 2022 Annual Review Report on Weather and Environment said.

“Pakistan declared a national emergency in August after heavy floods and landslides triggered by monsoon rains during which one-third of the country was submerged and millions of people were displaced,” the report said.

The United Nations will host a global conference on ‘Climate Resilient Pakistan’ in Geneva on January 9 to discuss various options to help Pakistan deal with the effects of climate change.

The report also stressed the need to reduce the use of ground-suppressed fuels and help developing countries deal with man-made climate change that causes droughts, floods and severe weather conditions.

The UN report also cited a recent study by the World Meteorological Organization (WMO) according to which the world will face frequent heat waves in 2060.

According to the WMO report these extreme heat waves were related to the global warming caused due to human activities. The report has warned that climate change was raising serious concerns for the future of the earth.

The UN report also cited the WMO’s Greenhouse Gas Bulletin which has detailed the record levels of three major gases (carbon dioxide, nitrous oxide and methane) which saw large increases each year over the past 40 years.

Un Secretary-General Antonio Guterres called the move by the world’s major economies a “hoax” and reminded rich countries that if they had invested in renewable energy in the past they could have avoided price volatility in the fossil fuel market.