Elahi enhances job quota for minorities from 2pc to 5pc 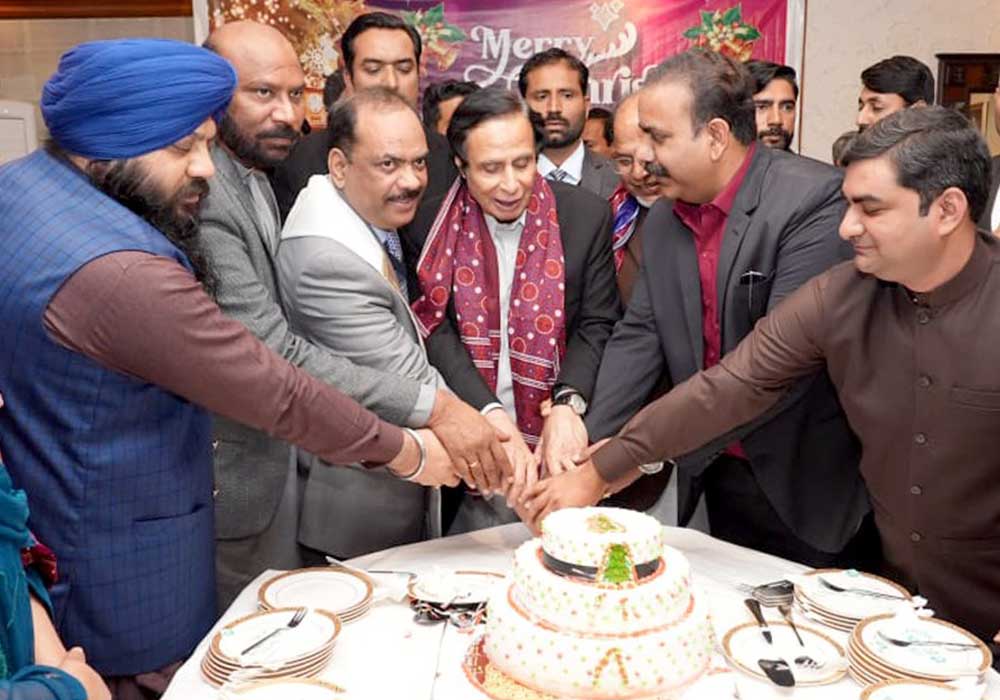 Punjab Chief Minister Chaudhry Parvez Elahi Saturday felicitated the Christian community on Christmas and cut a cake at his office.

The chief minister also enhanced the job quota for minorities from two per cent to five per cent.

He added that special funds were being provided for religious festivals of minorities. The CM said that funds for the construction and repair of churches had been increased.

The chief minister went on to say that safeguarding the rights of minorities was part of his duty.

He said that the problems pertaining to constituencies to minority communities would be resolved on a priority basis. He vowed to further strengthen the constituencies of assembly members belonging to minorities.

The CM remarked that the doors of his office remain open for minorities and that he would further strive to resolve all their problems as soon as possible.

Separately, famous high-altitude mountaineer Sajid Ali Sadpara called on Parvez Elahi at CM Office on Saturday where the former was given a cheque of Rs1.5m for the “K2 Clean Up” campaign.

The CM complimented Sadpara for being a brave son of Pakistan, who achieved a remarkable milestone by summiting K2 without oxygen.

Sajid Ali Sadpara thanked the chief minister for extending cooperation for the “K2 Clean Up” campaign and remarked that CM won their hearts by generously providing funds for the campaign.

Former Principal Secretary to CM GM Sikander and the DG Sports Board Punjab were also present on the occasion.