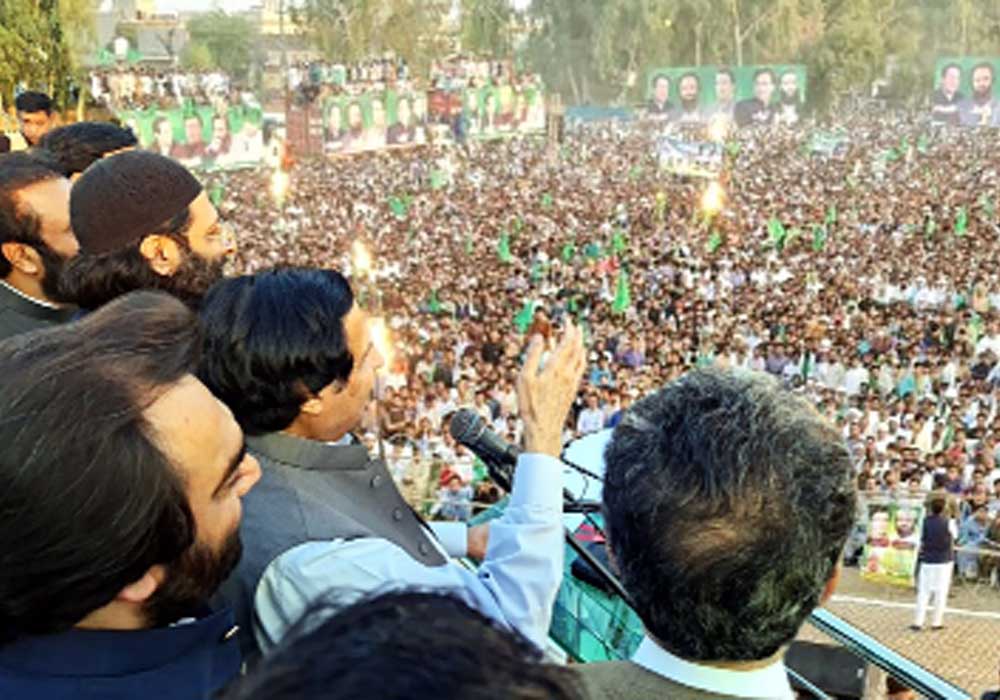 “A superior university, a medical college and an engineering university will also be established in Talagang. We would fulfil the needs of the people of Talagang by building Tamman Dam and Lava Dam. Ownership rights will be given to the people living in slum areas of Talagang and Chakwal,” he said while addressing a big rally in Talagang.

“We have formulated a programme to merge Chakwal and Talagang and make it a division. We will also activate and functionalize Lava tehsil. We also establish a state-of-the-art mosque here,” he maintained.

He alleged that Prime Minister Shehbaz Sharif had stopped the supply of wheat to the province. “Wheat was being provided to Sindh but we are not being allowed to procure the commodity from our money.”

In his address, Hafiz Ammar Yasir said that the chief minister had given a new identity to Talagang by declaring it a district. Rasikh Elahi, Sardar Aftab, Fouzia Behram, Adeel Altaf and notables of Chakwal and Talagang participated in the rally.

Separately, the chief minister set up a taskforce on education. Former provincial education minister Mian Imran Masood was appointed as the chairman of the Chief Minister’s Taskforce on Education.

The taskforce will take steps according to the vision of the CM for the promotion of education. It will make recommendations to improve the performance of government schools, colleges, universities and intermediate boards. It will also prepare a report on the problems of private educational institutions. The taskforce will review teachers’ training, curriculum preparation and other issues for the promotion of quality education in the province and submit a report to the CM about its recommendations.

Meanwhile, the chief minister on Thursday chaired a meeting of MPAs from Lahore division at his office.

During the meeting, the parliamentarians expressed their gratitude for PTI’s victory in the recently held by-elections. Elahi termed PTI’s win a success of Imran Khan’s narrative. The assembly members also paid tribute to the development vision of Parvez Elahi and offered suggestions to resolve issues of their respective constituencies.

“The government wants to serve the people as much as possible and solve their problems in one year,” he maintained. He went on to say that measures will be taken for the upgradation and improvement of THQ hospitals and trauma centers will also be built. The CM directed the officials concerned to extend the speedo bus route to Wafaqi Colony.