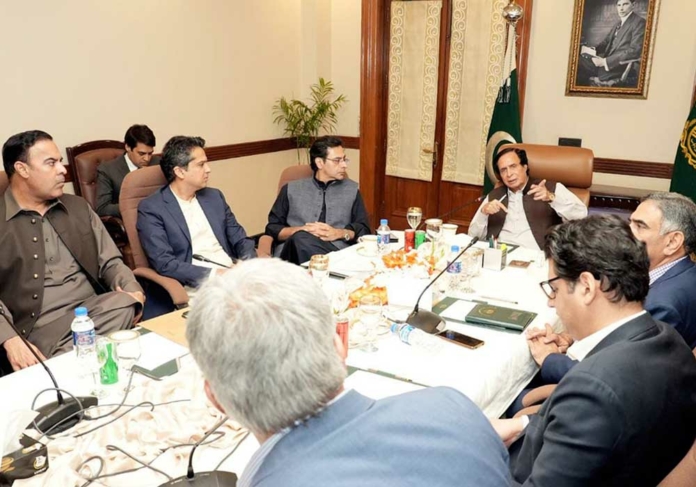 Chief Minister Punjab Chaudhry Pervaiz Elahi has accorded in-principal approval to the Lahore Elevated Expressway Project. He ordered launching the Interchange Expressway Project from Gulberg to Babu Sabu at the earliest and agreed on the proposal to run electric buses. Elahi presided over a high level meeting in which former Federal Minister Moonis Elahi also participated. It was principally decided in the meeting to launch the Elevated Expressway Project from Gulberg to Babu Sabu as soon as possible. The CM stated that with the construction of elevated expressway the map of Lahore will change in a few months.

He ordered a review about the prospects of constructing commercial centres on the sides of the elevated expressway. He was informed during the briefing that the expenditure cost of construction of the elevated expressway on both sides comprising four lanes will be Rs 85 billion and the first expressway will be constructed from the east to the west in the Lahore city. The distance from Gulberg to the Motorway will be reduced to eight minutes.

Also, Chief Minister Elahi felicitated 381 Rescuers of Sindh, Balochistan, and KPK on getting pass out from the Emergency Services Academy.CM stated that the Punjab province has always been performing the role of an elder brother for the other provinces. CM Pervaiz Elahi in his message said that he is pleased that the Emergency Services Academy is imparting training to the Rescuers of all the provinces to cope up with accidents. He highlighted that the Rescuers of KPK and Gilgit Baltistan played their important role in saving many precious lives on account of the training being imparted by the Punjab Rescue Academy.

He also congratulated 107 Rescuers for getting pass out along with launching an emergency service in Sindh as well. He stated that he is convinced that the trained rescuers will become a symbol of a sense of protection in Sindh likewise Punjab.