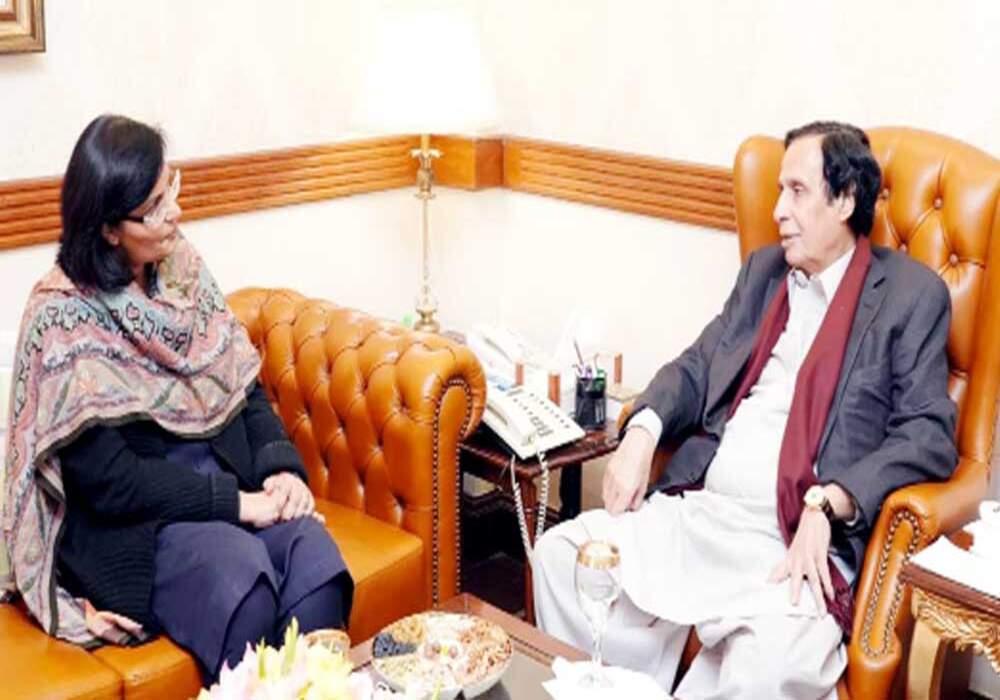 Head of Punjab Ehsaas Programme Dr Sania Nishtar met with Punjab Chief Minister Chaudhry Parvez Elahi at the latter’s office where the former briefed him about Ehsaas Rashan Programme for the deserving families and also apprised him about the progress being made on the rehabilitation and settlement programme of the flood- affectees.

CM informed that the Punjab government and concerned departments contacted the Sindh government in every possible manner in this regard. CM vowed that Punjab province will fulfill its commitment to help their flood-affected Sindhi brothers and sisters.CM censured that the federal government did not pay even a single penny to the Punjab government for helping the flood- victims in their rehabilitation and settlement.

Separately, Director Majlis-e-Taraqqi-e-Adab Asghar Abdullah met with the Chief Minister Punjab Chaudhry Parvez Elahi at CM Office in which Asghar Abdullah apprised him about the performance of Majlis-e-Taraqqi-e-Adab and other related affairs.CM Parvez Elahi underscored that literary and intellectual people play a pivotal role in the development of a healthy society.

The CM outlined that the Punjab government has laid the foundation to make Majlis-e-Taraqqi-e-Adab an institution of latest design and hoped that very soon this institution will enable itself to play its vigorous role effectively in harmony with the requirements and demands of modern era.CM disclosed that state-of-the-art Book Ware House and Book Display Centre will be established for Majlis-e-Taraqqi-e-Adab adding that Literary Cafe and Conference Hall of latest technology will also be established.

He revealed that literary workshops and internship programmes will be organised for students.CM directed to publish special edition for the students and complete E-Reader project at the earliest.CM directed to transfer ancient building of Majlis-e-Taraqqi-e-Adab being guarantor of 73 years old glorious traditions into a literary heritage.CM also announced a special grant for the Majlis-e-Taraqqi-e-Adab.