Announces establishment of Sports Endowment Fund; players to be sent abroad for training 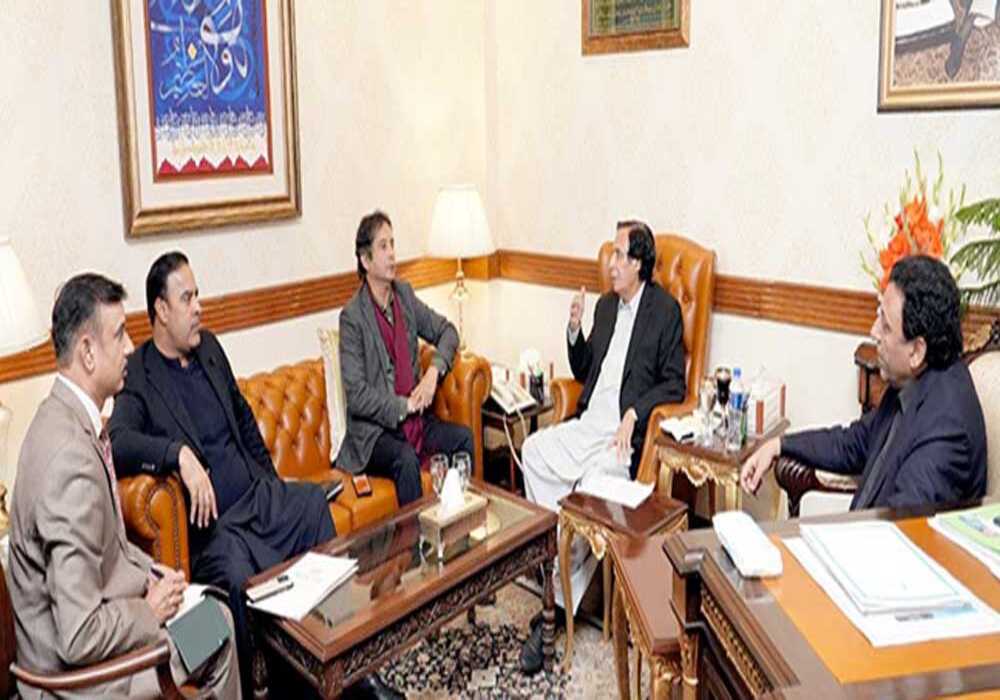 Punjab Chief Minister Parvez Elahi lauded Hasnain Bahadar Dreshak as being one of the ablest ministers of his cabinet.

The CM remarked that Dreshak to him is like Moonis Elahi and commended the performance of Hasnain Bahadar Dreshak. He extolled Dreshak for nicely administering his department as a Provincial Food Minister, saying that he has not approved his resignation. The CM stated that Bahadar Dreshak will continue to perform his duties as a provincial minister. Also, Elahi made a big decision for the promotion of sports in the province by stating that Punjab government has decided to set up a Sports Endowment Fund worth two billion rupees.

He highlighted that sports activities would be promoted in the province with the establishment of Sports Endowment Fund and players would be sent abroad for getting training. The CM disclosed that international coaches will also be called to Pakistan to impart training to local players adding that sports scholarships will be disbursed to players from the Sports Endowment Fund. CM apprised that players not only of Punjab but of other provinces will also be sent abroad for training and training will be imparted to the players in athletics, wrestling, boxing, hockey, football, volleyball, badminton, basketball, tent-pegging and other sports.

The CM informed that sports arena facility will be provided for players in the province and Sports Endowment Fund will be spent for the welfare of players.CM maintained that our players have immense talent and in order to further polish their talent there is an essential need for providing them training from the international coaches. Chief Minister Elahi presided over a high-level meeting in which the Chief Secretary briefed him about the salient features of Sports Endowment Fund. Chief Secretary Abdullah Sumbal, Principal Secretary to CM Muhammad Khan Bhatti, Additional Chief Secretary Capt (r) Asad Ullah Khan and DGPR Rao Parvez Akhtar attended the meeting.

The CM resolved to revive the film industry with the assistance of Iranian and Turkish film makers as the film industry was revived by establishing separate institutions in Iran and Turkey adding that a similar institution will be set up in Lahore as well. The Chief Minister highlighted that young film makers will be imparted training with regard to emerging new trends of production.CM vowed to introduce latest courses of Film Technician in TEVTA institutions.CM remarked that Lahore used to be the center of art, culture and film once and denounced that the former PML-N government ruined art, culture and film like other institutions as well. CM resolved that the Punjab government will make Lahore the center of art, culture and film once again adding that steps will be taken on preferential basis for the revival of Pakistani film industry.

The CM informed that Artist Endowment Fund worth rupees one billion has been set up for the welfare of artists and that financial assistance for the deserving artists has been enhanced from Rs5,000 to Rs25,000. The CM vowed to undertake all possible steps to provide quality entertainment to the people adding that new employment opportunities will be generated with the increase in film production. The CM highlighted that Punjab is a fertile land with regard to art and culture. Syed Noor welcomed the positive steps of CM Parvez Elahi for the revival of film industry and remarked that CM Parvez Elahi loves art and culture. Syed Noor lauded the steps of CM Parvez Elahi for the revival of local film industry. Secretary Information Asif Bilal Lodhi, Press Secretary to CM Iqbal Chaudhry, DGPR Rao Parvez Akhtar were also present on the occasion.