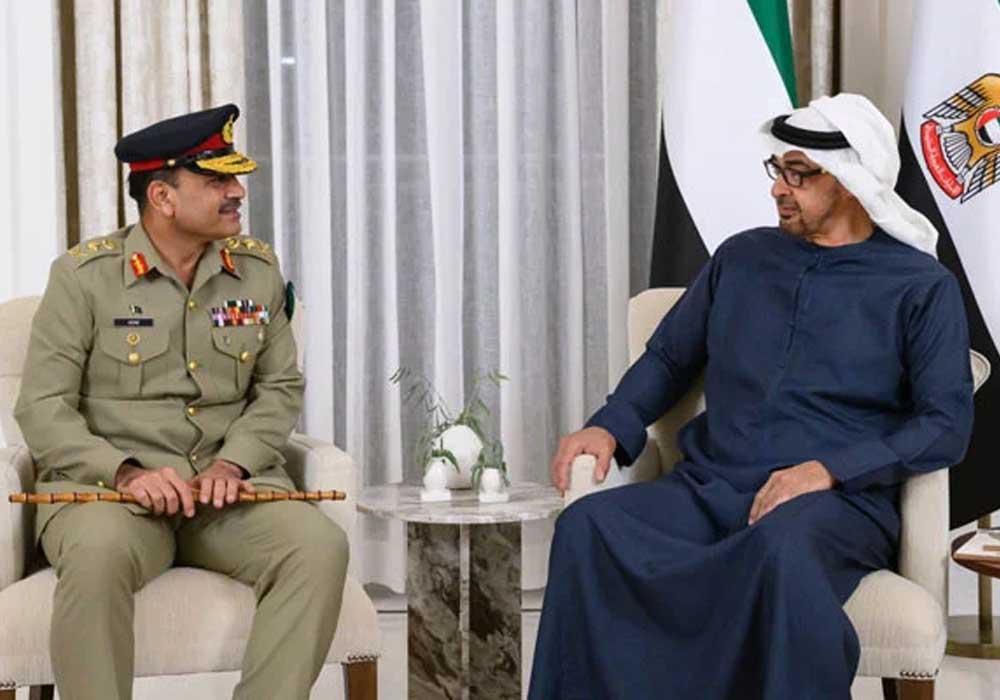 Chief of Army Staff (COAS) General Asim Munir spoke with Sheikh Mohamed bin Zayed Al Nahyan on defence and military ties on his first official visit to the Gulf nation, according to a statement released by the Emirates News Agency (WAM) on Tuesday.

During the discussion, the two sides also discussed measures to bolster military affairs to serve the shared interests of the two friendly countries, according to the state news agency.

“The two sides reviewed cooperation relations and joint work between the UAE and Pakistan in defence and military affairs, as well as ways to strengthen them to serve the common interests of the two friendly countries,” according to the statement.

Gen. Munir was welcomed by the president of the UAE at Qasr Al Shati Palace. The army chief was congratulated on his appointment by President Nahyan, who also wished him luck in his new role as a servant of his nation and people.

According to the WAM, Gen. Munir thanked and appreciated the president for congratulating him.

The army chief and the Saudi crown prince “discussed bilateral ties and the ways of developing them, as well as several subjects of common interest” at the reception, according to the SPA.