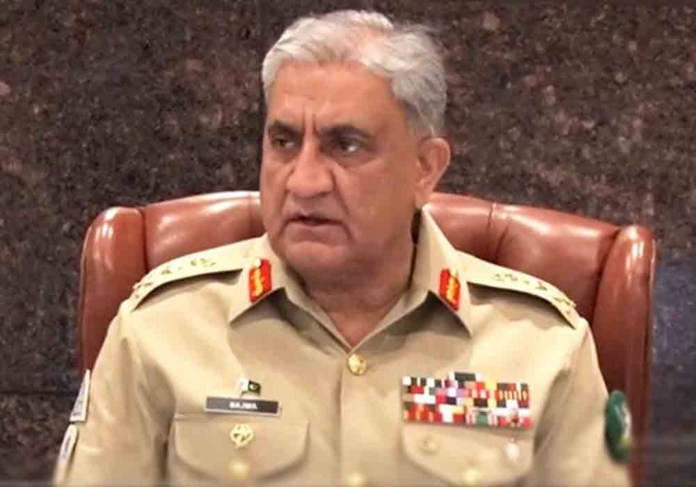 The army chief addressed the participants of the 51st PN Staff Course at Pakistan Navy War College (PNWC), Lahore, said an Inter Services Public Relations (ISPR) news release. The COAS laid floral wreath at Shuhada (Martyrs) Monument to pay homage to the martyrs of Pakistan. While addressing the participants, General Qamar Javed Bajwa dilated on geostrategic environment, national security challenges and response measures.  Bajwa exalted the role of armed forces in tackling the national security challenges proficiently. He emphasized that Pakistan Navy was a formidable force defending the maritime frontiers of the country and has always lived up to the expectations of the nation. The COAS appreciated the quality training imparted by the Pakistan Navy War College to the officers of Pakistan armed forces and friendly countries. Upon arrival at Pakistan Navy War College, the army chief was received by Commandant PNWC Rear Admiral Shifaat Ali Khan.

Japanese Maritime Self Defence Force (JMSDF) Ship Harusame visited Karachi port. Upon arrival, the ship was received by officials of the Pakistan Navy. Pakistan Navy and JMSDF are partners in peace and striving to achieve a safe and secure maritime milieu in the region, said a press release on Friday. The visit of the Japanese ship includes naval drills at sea to further hone professional skills and enhance interoperability. The Japanese mission commander onboard the JMSDF ship called on the commander of the Pakistan Fleet. During the meeting, matters of mutual interest were discussed and enhancement of bilateral ties in all spheres was re-affirmed.

Pakistan Navy, in line with government policies, has always contributed significantly toward safety, security and freedom of navigation on high seas.