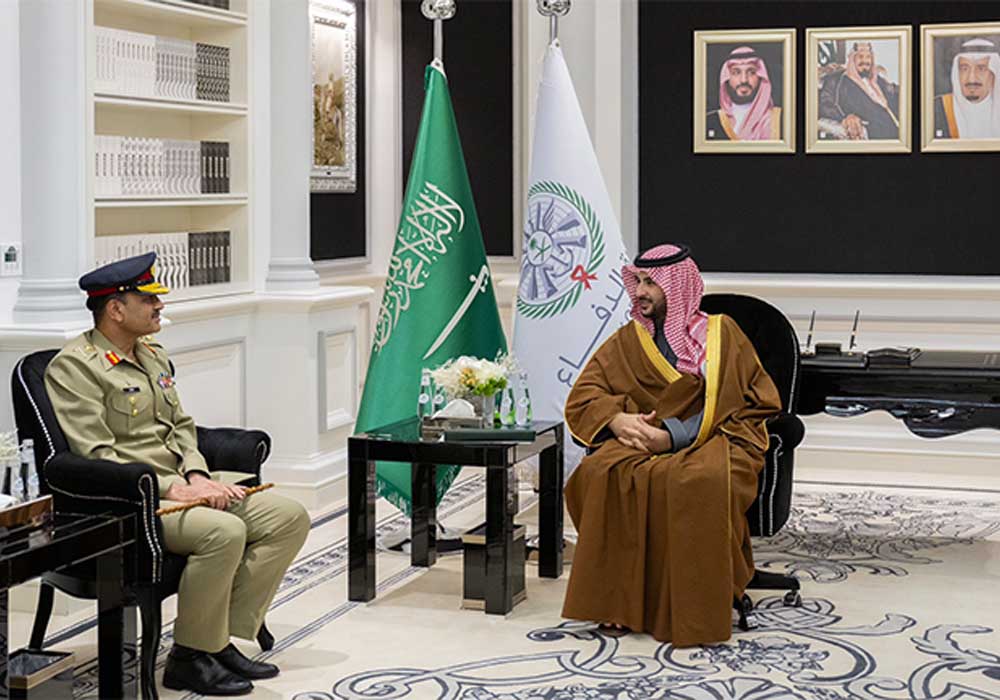 The two sides also “reviewed the bilateral military and defence relations, and discussed ways of strengthening our cooperation”, the Saudi defence minister tweeted.

Earlier, the Inter-Services Public Relations (ISPR) said that General Syed Asim Munir is on a week-long official visit to the Kingdom of Saudi Arabia (KSA) and United Arab Emirates (UAE) from January 4 to 10.

According to the Pakistan military’s media wing, the COAS will be meeting the senior leadership of both the brotherly countries to discuss matters of mutual interest, military to military cooperation and bilateral relations focusing on security-related subjects.

Pakistan has always maintained close diplomatic and defense relations with the two Arab countries that employ a large number of its workers. According to official statistics, the Pakistani diaspora in Saudi Arabia remitted $6.67 billion in 2022 which was closely followed by its citizens in the UAE who sent $5.10 billion.

The two Middle Eastern countries have also come to Pakistan’s rescue amid tough financial circumstances by offering it deferred oil payment facilities and sending substantial amounts of money to shore up its forex reserves. They have also closely collaborated in the fields of defense and security.

According to reports, the meeting was attended by the Saudi Chief of General Staff of the Kingdom Lieutenant-General Fayyad bin Hamed Al Ruwaili, Assistant Minister of Defense Talal bin Abdullah Al Otaibi, and a number of Saudi and Pakistani military and civilian officials.