Says real problem is not of rations but of tents 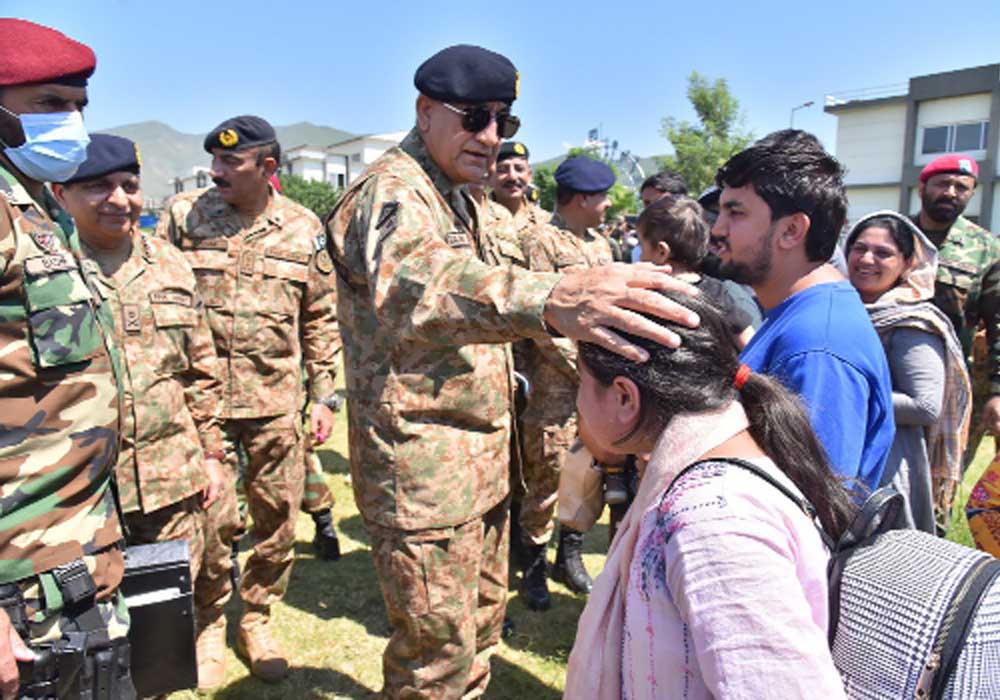 Chief of Army Staff (COAS) General Qamar Javed Bajwa on Tuesday said that legal action should be taken against officials who allowed construction on riverbank in Swat, as many hotels were washed away by raging floodwater.

He made these remarks during a visit to the flood-affected areas of Swat to get an ‘on-ground’ update regarding the evacuation and relief operations focused on the people stranded in Kumrat, Kalam and surrounding areas. The COAS held a brief interaction with the media representatives at Kanju Cantt helipad. He said that the assessment of damages caused by floods was yet to be done and the survey for assessment of losses would be conducted jointly by the district administration, provincial governments and the army. Gen Bajwa further said that there had been a lot of damage caused to bridges and hotels in Kalam valley.

He said that a similar disaster had hit Swat during 2010 floods. “However, negligence was shown yet again by the authorities who allowed construction of structures and hotels on the vulnerable sites,” he added. “Legal action should be taken against those responsible.” He said that the most important task at the moment was the opening of Kalam Road, which he expected to be reopened in next six to seven days. Gen Bajwa said that people trapped in Kalam were being rescued, and there was no crisis situation in the valley at the moment.

He said that an overwhelming response was being received to the appeal for relief items. At present, various welfare organisations, political parties and the Pakistan Army have opened their own relief centres. The army chief said that a headquarters had been established on the pattern of NCOC where aid data would be collected. The minister for planning and development would send assistance wherever needed based on data from the headquarters, he said. Gen Bajwa said that citizens had donated tonnes of rations for the flood victims. “However, the real problem is not of rations but of tents.” He said efforts were underway to procure tents from other countries, while tents were also being provided by the army.