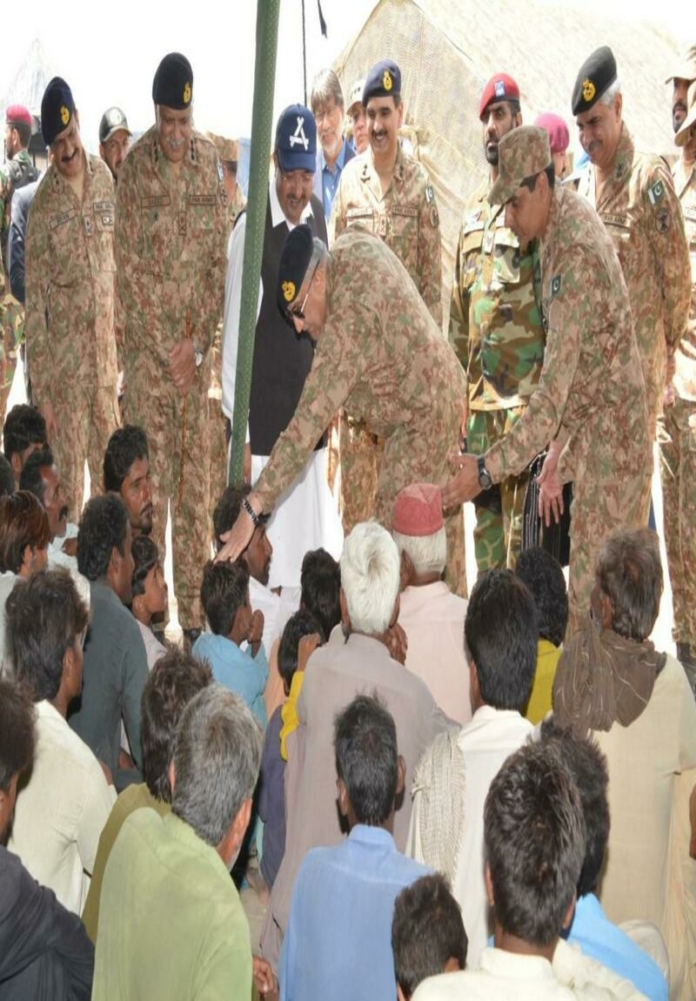 Chief of Army Staff (COAS) General Qamar Javed Bajwa on Friday visited the flood-affected areas of Badin and spent time with the flood-affected in the relief and medical camps.
He also met the army troops that are busy in rescue and relief activities in Malkani Sharif, Badin district, an Inter-Services Public Relations (ISPR) press release said.

The business community members acknowledged the role and sacrifices of the Pakistan Army in ensuring a safe environment for the country’s economic prosperity and assured the COAS of maximum support for the flood-affected people.

The army chief had visited Badin, referred to as the “most-affected” area, earlier this month too. Talking to the media, the army chief said that he visited almost all areas that have been affected by floods across the country, including Othal, Naseerabad, Rajanpur, Swat, Larkana, Shahdadkot, and Khairpur; While rescue work in most areas has almost been completed, we do send our helicopters and boats to rescue people from emergencies due to snake bites, injuries or illnesses, the army chief said.