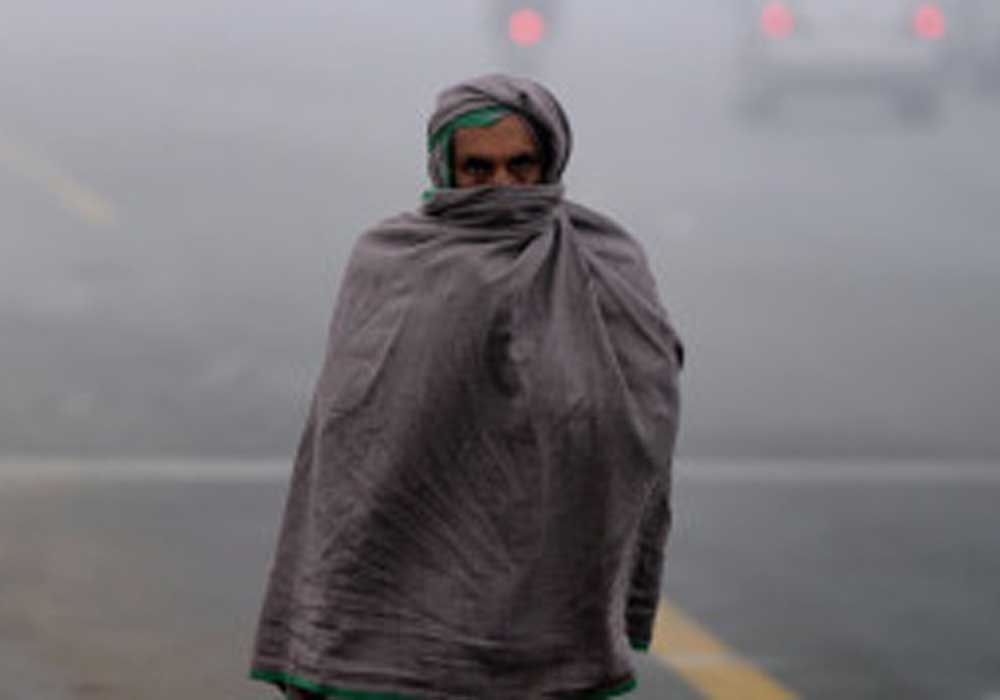 The growing cold and high air pollution are putting the health of citizens of the provincial capital and other parts of the province at risk as Pakistan Meteorological Department’s (PMD) official confirmed there is no chance of rain in the next 10 days.

The citizens have been suffering from different kinds of diseases, especially flu, cough, fever and breathing problems. The dry weather caused a negative impact on the health of children and aged people. A survey conducted by MinuteMirror shows an influx of patients suffering from breathing problems and skin infections at public and private health facilities.

“The persistent dryness conditions and smog has increased the number of patients visiting hospitals and clinics daily,” said Dr. Ikram Ghauri, a senior physician running his clinic in Lahore. Talking to MinuteMirror, he claimed that most of the patients complained of flu and throat infections which were often caused due to the high level of air pollution in the atmosphere. Ghauri continued that asthma patients and children were among the vulnerable groups in this regard. “We need to pay attention to the health of children, asthma patients and elderly people at our homes,” he added.

He said that the government must declare a state of emergency in hospitals as the situation may be worsening in the coming days. He cautioned that the accumulative pollutants in the atmosphere due to lack of rains would encourage smog formation during the period.

Meanwhile, PMD has predicted no rain during the next 10 days while stating the weather will remain dry during the period.

Talking to MinuteMirror, PMD North Region Director, Chaudhary Muhammad Aslam informed that no rain could be forecasted in Lahore and other parts of Punjab before December 14 and during the period weather will remain dry. “The dryness can be ended after rain showers,” he added.

Aslam was of the view that the dry weather amid the high level of pollution might lead to health problems for the citizens. “The situation is equally problematic for the animals and agriculture sector,” he said, adding that the delay in rain was likely to cause the health of the seasonal fruits, especially oranges. “The minimum temperature is predicted to fall till five degrees Celsius,” said the PMD director.

PMD has predicted that fog is likely to persist over Faisalabad, Jhelum, Lahore, Mangla, Hafizabad, Joharabad, Sialkot, Narowal, Gujranwala, Sargodha, Okara, Bhakkar, Sahiwal, Bahawalpur, Layyah and Multan during night/morning hours. During this period cold and dry weather is expected in most districts of the province including Murree and Galiyat.

On the other hand, the city remained in the grip of a smog-like atmosphere on Monday.