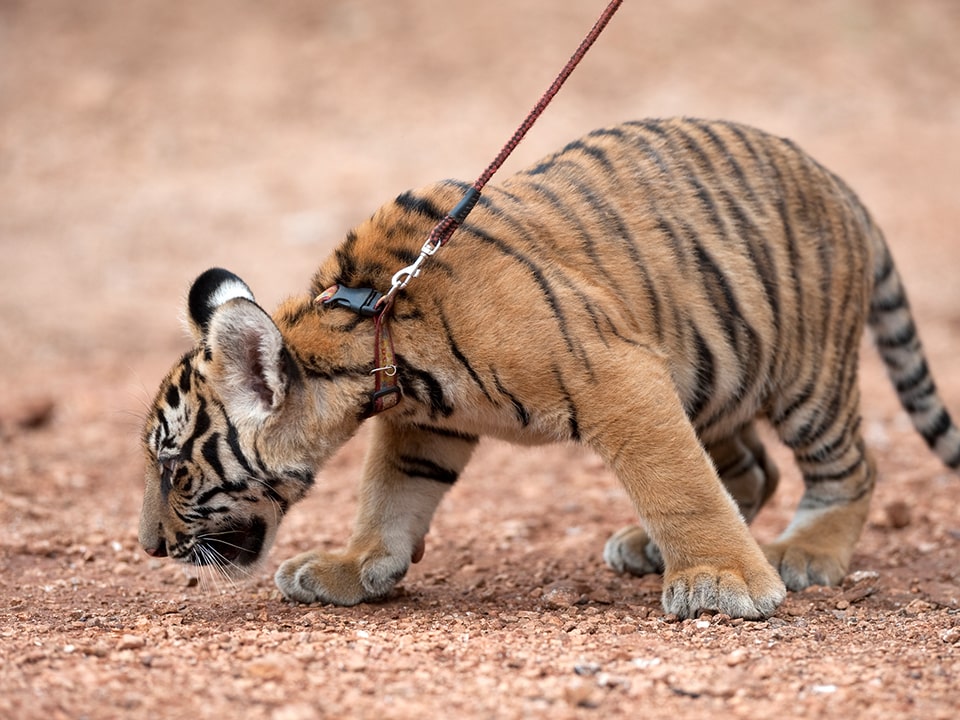 The Lahore High Court on Wednesday constituted a committee to examine the lacunas in the relevant laws of Punjab Wildlife Act that allowed keeping wild animals as pets at homes.

Justice Jawad Hassan heard the case wherein the Punjab Wildlife Department secretary was appointed as head of the committee. The court directed the officials to include technical and legal experts in the committee.

Sanita Gulzar, the daughter of Supreme Court Chief Justice Gulzar Ahmed, and Syed Muhammad Ghazanfar, had filed petitions challenging Section 12 of the Punjab Wildlife Act 1974, under which the wild animals were deprived of their natural habitats and kept in confinement.

The petitioners made the Punjab Government, Wildlife Department secretary, World Wildlife Fund-Pakistan (WWF) president and the Ministry of Climate Change as respondents in their petitions.

During the course of the hearing, a Wildlife Department officer apprised the court that no license was issued to anyone to keep wild animals as pets at home. The officer said that the licenses were issued only for those animals which could easily be looked after at homes.

The petitioners argued that wild animals were deprived unnecessarily of their natural habitats and were forced to live in the confined spaces for mere entertainment under Section 12 of the Punjab Wildlife Act 1974. The petitioners said that the authorities concerned had no power to supervise.

She said that the animals were also agitated and exposed to bad living conditions, which she believed were detrimental for their mental and physical growth and well-being.

Consequently, she argued that the fundamental right to liberty – guaranteed under Article 9 of the constitution – of these wild animals was unjustifiably being violated.

She further argued that the right to life and liberty as guaranteed under Article 9 of the constitution was interpreted to extend beyond human beings and apply to animals in general as well.

She apprised the court that there were more than 200 specialized breeding farms for breeding exotic tigers and other big cats across the province.

A report submitted by World Wildlife Fund-Pakistan (WWF) revealed that the population of tigers was declining all over the world due to many significant reasons, including keeping them away from their natural habitat.

She further said that Pakistan imported more than 85 big cats including tigers, lions, leopards and pumas during the last five years, but unfortunately 15 out of the total ended up as trophies for hunters.

She asked the court to set aside Section 12 of the Act for being contrary to the constitution, and being weak in ensuring the rights of wild animals under Article Nine and 14 of the constitution.

She also prayed the court to suspend operation of Section 12 (b) and to restrain Punjab Wildlife Department from issuing licenses under this law to the people.