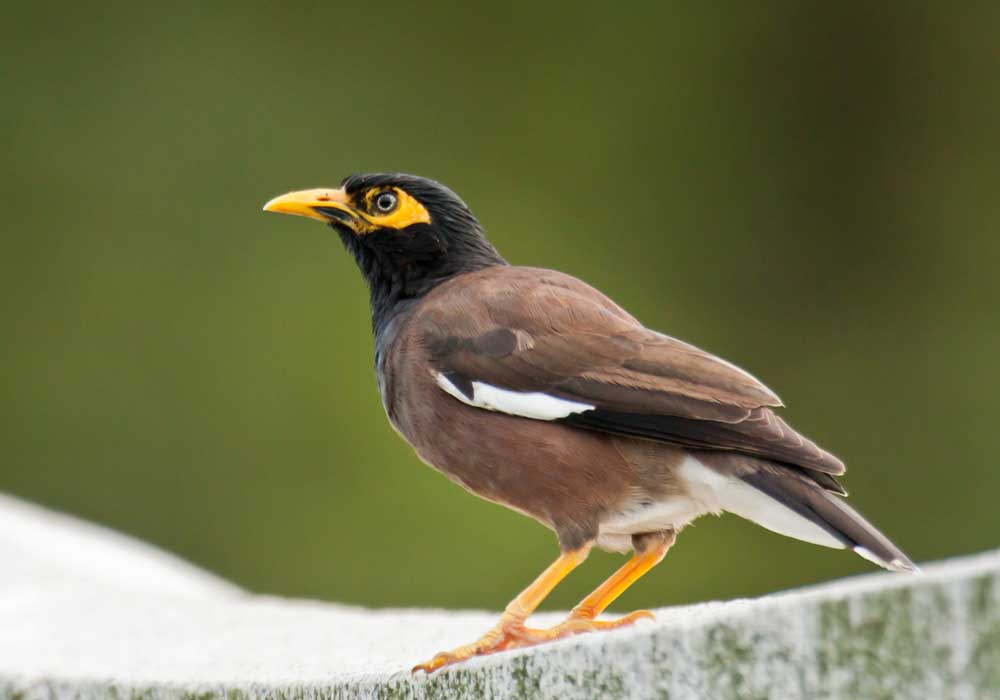 As the day dawned bright and sunny, the crows cawed and the hawks scammed while the eagles flew in their particular style and sat in some open space in Jilani Park – a vast and beautiful park known as Race Course in the heart of the provincial capital. The sparrows were tweeting. The overall scene of the morning at Jillani Park was quite fascinating except for one thing the crows, hawks and eagles seem quite dominating in numbers as compared to the birds like sparrows. There had been no Common Mynas anywhere in the vast park. “Mama, where is the butterfly? I want to see it,” a curious child asked his mother as they walked nearby a small garden of roses in the park. The woman replied, “Let’s come my dear. We have to find it out. I’ll show you.” The child asked again: “There are only crows and hawks mama. But I have to see the butterfly and Myna.” Many other families had been roaming the park and visiting different sites including the small artificial hills to enjoy. They had been enjoying the vast grounds while the children were giggling and playing there with their siblings. The other child cried, “I want to see fireflies.” But there had been crows and eagles everywhere. They flew quite near to the heads of the children who had been visiting the park along with their families. It was quite disturbing for them. A study by Animal Rights in Pakistan shows that Lahore formerly had 240 species of birds, but now there had been only a few dozen that were clearly recognized but that number was also declining. Wildlife Department Assistant Director Babar Imran believed that massive urbanization and deforestation were the main factors contributing to the significant increase in the population of these Accipitridae. The expansion of raptors, by the growing business of donating meat used for Sadqa [charity], which was consumed by hawks and crows, had also put the reproduction of tiny birds in danger. Under the Wildlife law, hunting wild birds including domestic sparrows, birds, parrots, sharks and Lilian’s, and then keeping them in cages in the intersections, squares, markets and shrines of almost all major cities is illegal. People sell them for free in the name of charity at holy places and resultantly the hundreds of birds die during the illegal roundups due to which the species of these birds were rapidly disappearing. Punjab University Professor of Zoology Dr. Zulfiqar Ali said that ornithology published record shows that there had been over 252 species in Lahore but unplanned urbanization damaged this habitat. He says that 60 per cent plantation by PHA is all about exotic trees where the birds do not make their nests. Sharing his research, Professor Ali said, “the remaining 90 to 100 species are left in Lahore but 60 to 70 per cent species avoid visiting Lahore due to pollution and other factors,”. “Fireflies, butterflies and insects like bees have disappeared as Dengue mosquitos spray killed them,” said the professor, pointing out that the spray also made the air poisonous. He argued that the modern way of architecture and designs had replaced the old construction designs of houses and buildings which used to nest the birds. “There is no space for birds’ nesting in the buildings built onh the modern designs,” he regretted, adding that the urbanization was one of the major factors behind the disappearance of useful insects. He argued, “India has committed a big crime by stopping natural flow of river Ravi which cannot be stopped because it destroys natural habitat. The Indus Water treaty was wrong. River Ravi is now a polluted nullah which has now become the hub of just mud and garbage which is damaging.” He warned that if these changes were not stopped then survival of the remaining species would fall in danger. “When I was a student in the 80s, there used to be fireflies and butterflies in my university garden but now the pollution and fumigation have caused huge damage to these useful insects,” he recalled. “I wish all those butterflies back to my garden to mesmerize my childhood memories,” he concluded.