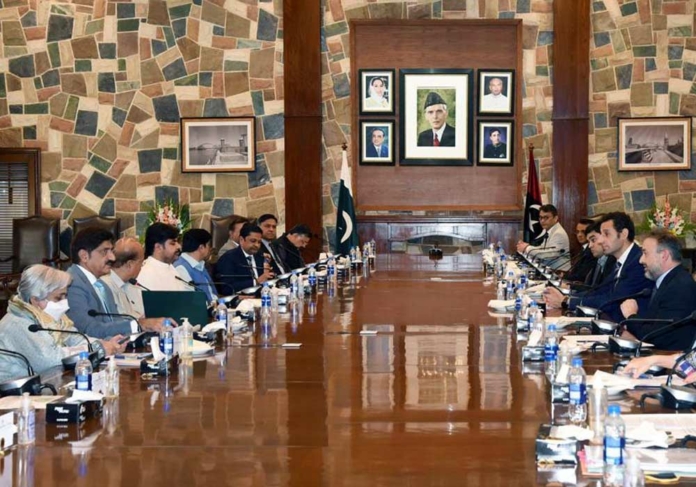 Sindh Chief Minister Syed Murad Ali Shah in his meeting with a World Bank delegation led by its Country Director Najy Benhassine discussed the provision of targeted subsidies to the small growers for agricultural inputs such as seed and fertilizer so that they could sow their upcoming Rabi crop, particularly wheat.

“Our government is fully committed to rehabilitating and strengthening growers, particularly the small ones so that their submerged agricultural lands could be made fit for crop cultivation,” he said and added the growers had suffered huge losses during the Kharif crops in which their standing crops were washed away.

Murad said that $100 million might be allocated for the agricultural subsidy for the Rabi crops which was agreed upon in the meeting; however, Agriculture Minister Manzoor Wassan was directed by the CM to hold a departmental meeting with the agriculture sector experts of the World Bank for developing modalities.

Murad informed the visiting donor agency’s delegation that his government had formed a housing company that had been registered with the SECP. He added that his government had appointed Khalid Shaikh as the first CEO of the company as per the requirement of the World Bank. He said that he had put Rs500 seed money in the company and its board of directors (BoDs) was being nominated.

It may be noted that the World Bank, in principle, already agreed to provide Rs110 billion to start the reconstruction of the houses that collapsed during the heavy rains and floods.

The chief minister said that the floods damaged 1.8 million houses as per the initial survey and a proper survey was underway.

The meeting discussed the rehabilitation of the irrigation system damaged by heavy rains/floods for which $370 million had been agreed.

Murad said that the flood protection bund, Manchar Lake, various other embankments, regulators of canals, and drainage systems had been damaged badly by the floods. “We have to prepare for the next year’s monsoon season by strengthening their dykes, repairing regulators and drainage systems,” he said and added that his government wanted to take such overhauling works on a priority basis.

The World Bank team told the Sindh government that the PC-1 of the projects should be prepared and approved by the provincial and federal governments’ forums concerned so that they could be considered for approval in the World Bank’s board meeting scheduled to be held in December this year.

The chief minister directed his team to prepare and approve the necessary documents to meet the World Bank’s deadline.

The chief minister and Najy discussed a water supply project of $94 million. Under the project, the water supply schemes damaged during the floods would be rehabilitated or revamped. The meeting agreed to finalize the modalities of the project so that it could be started.

Separately, the new Director General (DG) of Pakistan Rangers Sindh Major General Azhar Waqas called on the Sindh CM. The CM congratulated the newly appointed DG on his posting. They, on the occasion, discussed the overall law and order situation in the province, said a CM spokesman.