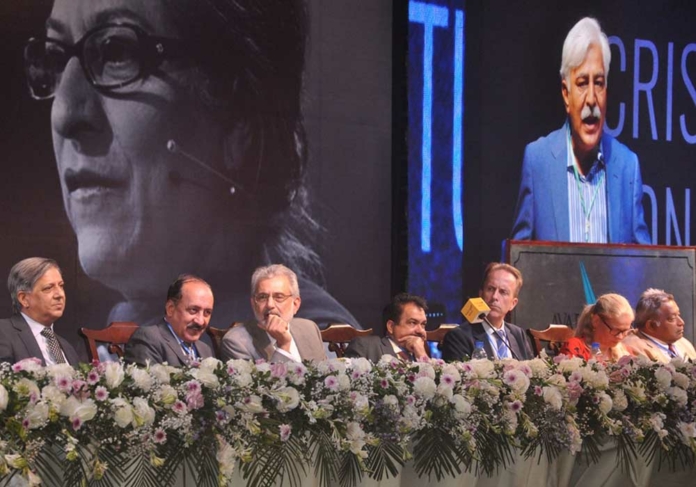 A two-day conference ‘Crisis of Constitutionalism in South Asia’ to remember eminent lawyer and human rights activist Asma Jahangir kicked off at a local hotel on Saturday.

Prominent local and international experts, judges, lawyers and human rights activists took part in the first day of the conference and shed light on the life and struggle of Asma Jahangir.

On the first day, the speakers discussed constitutionalism and the role of institutions and talked about different aspects including justice, human security and right to employment, gender, extremism and militancy, livelihood and equality and challenges to the peaceful co-existence. 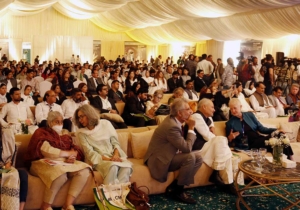 Supreme Court Bar Association President Ahsan Bhoon said that the political parties’ external affiliations and ambitions and some state institutions were stepping out of their domains which have led to a legal quagmire. 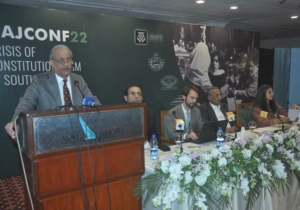 “Today, we are going through a legal crisis, a chaotic situation and we have to give our younger generation a stable constitution and a stable country,” said Ahsan Bhoon, adding that they have to talk about the rule of law if they really want the rule of law.

He stated that the interests of the elite and political parties’ lust for power caused the violation of the constitution many times in the past, adding that all the stakeholders should make a joint policy that the country should be run by elected representatives of the people.

Bhoon emphasized upon dispensation of justice, saying that the judges should not fear the crowds and uphold the constitution and the law in their decisions.

The SCBA President, “If we lose the majority then we should give chance to others. This is the legal way,” regretting over the deteriorating law and order situation in the country.

“We are witnessing a chaos-like situation in the country,” said Bhoon.

He pointed out that there was a need to train the youth for rule of law instead of provoking them for long marches and sit-ins.

Talking about the judges’ appointment and its procedure, Bhoon said that the senior most judge should be appointed as the Chief Justice of the Supreme Court.

“We have reservations over the recent nominations for appointment of the judges in the top court,” said the SCBA President, making it clear that they were in the favor of Islamabad High Court (IHC) Justice Athar Minallah while Pakistan Bar Council and many bar associations were also in the favour of this idea.

The Minister for Planning, Development and Reform, Ahsan Iqbal shed light on the havoc the flood has caused and questioned what should a government of a developing country do in a situation like this and devastation on such a large scale which is beyond its resources.

He said when this flood occurred in a country like Pakistan, measures were taken with the support of all institutions, in 2010, there was more loss of life despite the fact that the scale of the disaster was half of what has happened this year.

He informed that the federal government distributed seventy billion rupees among two million people. “We were all afraid that in such a big flood, big epidemic diseases will spread, they do spread but were controlled timely and largely,” he said and added that the people were rescued to a large extent with the cooperation of other organizations including the Pakistan Army. 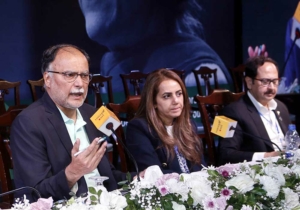 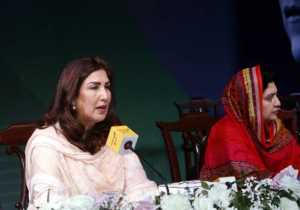 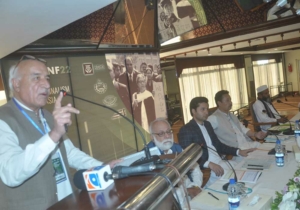 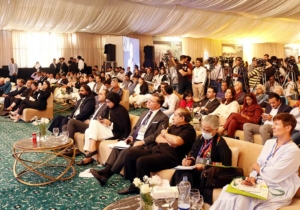 All pictures by Asif Jutt