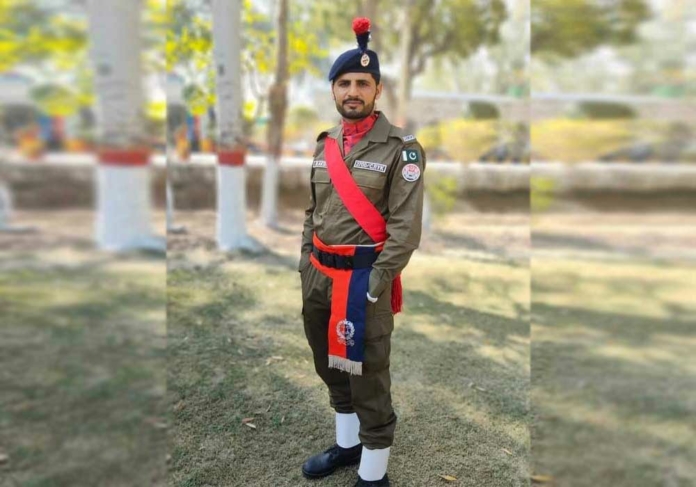 Inspector General Police Punjab Faisal Shahkar on Thursday paid tribute to Constable Muhammad Akbar, who was martyred in Rahim Yar Khan in the firing of dacoits of Katcha area.

The IG Punjab said that brave martyrs like Constable Muhammad Akbar are the pride of police department, and Punjab Police will never forget the sacrifices of its martyrs. Shahkar said that Constable Muhammad Akbar has sacrificed his life in the line of duty and while continuing the mission of the martyrs, Punjab Police is committed to ensuring protection of lives and property of the people and elimination of anti-social elements. The IG Punjab ordered best possible welfare to the family members of martyrs and also called for ensuring best medical facilities to the injured personnel. He expressed these views while paying tribute to the eternal sacrifice of Constable Muhammad Akbar.

The body of Constable Muhammad Akbar was taken to his native Chowk Bahadurpur near Sadiqabad for burial, where funeral prayers were offered again at Abdul Wahid Cemetery in which DPO Rahim Yar Khan and other officers were present. Constable Akbar is survived by his aged parents, wife, one son, three daughters and a younger sister.