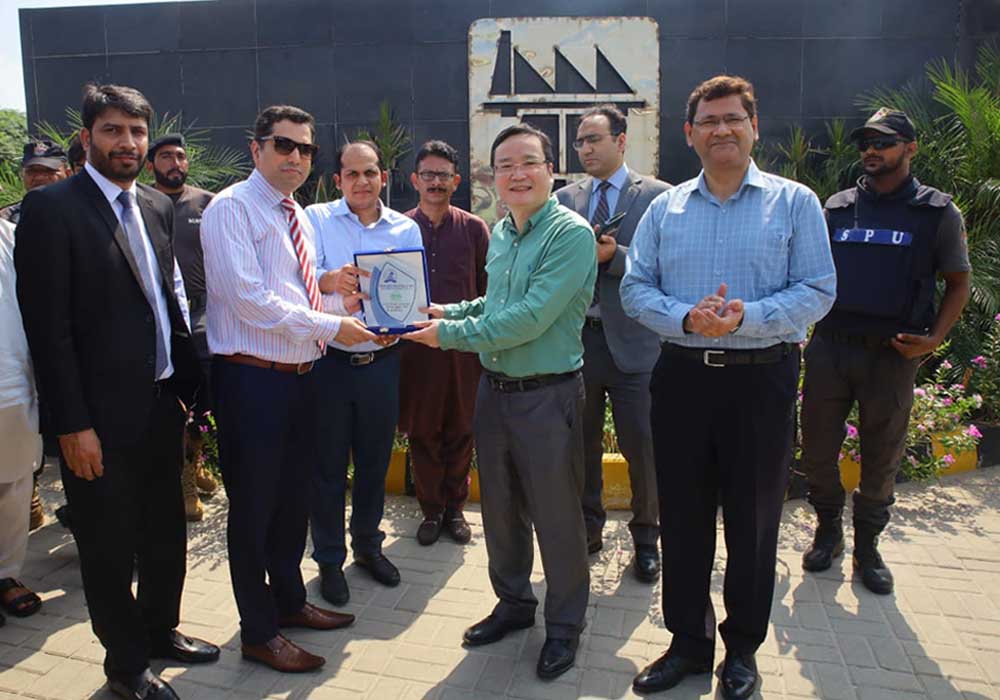 Consul General of the People’s Republic of China Zaho Shiren visited Faisalabad and took a briefing on the facilities and security measures provided to the Chinese investors in the Special Economic Zones under the arrangements made by Faisalabad Industrial Estate Development and Management Company (FIEDMC).

Secretary Industries Punjab said that M3 Industrial City, Value Addition City and Allama Iqbal Industrial City organized by FIEDMC are the major special economic zones of Pakistan where Chinese companies have been provided with the best facilities with a pleasant environment and comprehensive security measures have been taken.

He also mentioned the eternal friendship of Pakistan and China and said that the purpose of the Chinese Consul General’s visit to Faisalabad is to review the facilities in the Special Economic Zones. He said that the journey of industrial development is at its peak and domestic and foreign investors and wide opportunities are being provided.

Chairman Punjab Investment Board thanked the arrival of the Chinese Consul General and said that measures will be continued to promote investment. The Deputy Commissioner/CEO said that Value Addition City have 225 Acre, M3 Industrial City 4356 and Allama Iqbal Industrial City have 3217 Acre land where pharmaceutical, textile, paint, steel, furniture, chemicals, processing, mobile and other industries are established. He said that special packages are given on the purchase of plots in special economic zones.

He said that in addition to roads, sewage, water supply, shopping malls and other facilities, rapid progress is also being made for 100% electricity and gas connections in the zones. He said that steps are also being taken to solve the problems faced by Chinese investors.

The Consul General described the visit as ideal and thanked the administration and police officers and said that the Chinese government is sending 10 trucks of equipment to help flood victims of Pakistan.

He said that China and Pakistan are bound in an eternal relationship of friendship and this trip will express interest. Consul General also visited M3 Industrial City and took a briefing regarding the investment at the site. He also planted a tree at FIEDMC site office. The Shields were shared among Deputy Commissioner and Consul General.