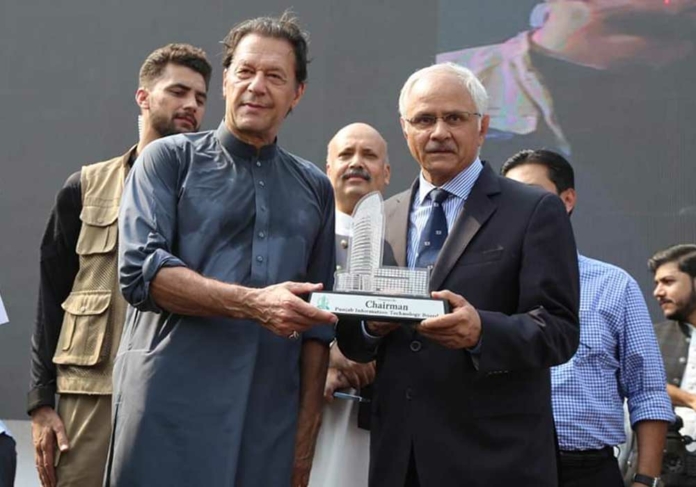 The recent address of former prime minister and Pakistan Tehreek-e-Insaf (PTI) Chairman Imran Khan to a gathering of students and teachers at the Government College University (GCU) has sparked a political firestorm.

The GCU – an ancient educational institution, which had made a name for itself – is being targeted for hosting a political leader.

In his speech, Imran Khan told the gathering how a “regime change plan was imposed on the nation”.

The removal of GCU Vice Chancellor Dr Asghar Zaidi from an important research committee under the auspices of the federal government has raised many questions.

PTI activist Muhammad Noman said that Imran Khan is the most popular and beloved leader of Pakistan. “When Maryam Bibi began her political struggle, she, too, started addressing gatherings at colleges.”

“Imran Khan and our VC did not do anything wrong. It is a common practice all over the world that universities invite eminent personalities for intellectual discussions,” said a GCU official, wishing not to be named.

He said that the founder of Pakistan, Quaid-e-Azam Muhammad Ali Jinnah, had also considered the students as the first force, used to talk to them and address them because he believed that without the participation of the students, his movement would remain incomplete.

He added that the constitution of Pakistan also allows students to participate in politics. He went on to say that there can be no motivator for students bigger than Imran Khan. He said that the doors of the university are open to all political parties. “Pakistan Muslim League-Nawaz (ML-N) leaders can also visit and address students.”

The vice chancellor of another university said that the founder of the Namal University had brought about a revolution in the health and education sector and it was an honour for a university to host a leader like him.

PML-N Vice President Maryam Nawaz had called for strict action against the GCU vice chancellor for hosting a political gathering at the university’s premises. Subsequently, the VC was removed from a search committee under the auspices of the federal government.