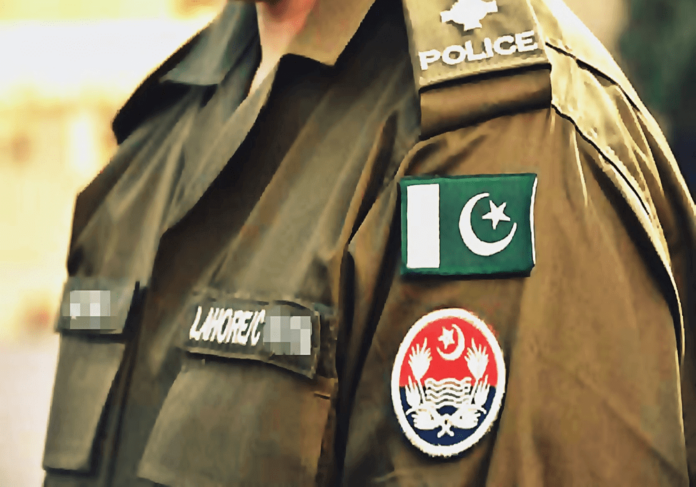 Due to old enmity, a police constable in uniform shot and killed two brothers accused of murder before a judge in the courtroom while a policeman was also injured in the firing.

After the firing incident, there was a stampede in the sessions court while the three accused who were to be presented in the court escaped. They were later captured by the police and locked up in Bakshi Khana. An ASI was slightly injured in the firing. The police took control of the shooter along with his weapon and transferred him to the police station. After the incident of double murder inside the court, district and session judge, RPO, CPO, SSP Operation, SP Lyallpur Town, along with a heavy contingent of police of the district reached the spot.

According to the police report, 40-year-old Ramzan Ashraf and his 25-year-old brother Zeeshan Ashraf were brought to the court of Sessions Court Raja Shahid Zameer in the case. The two were handcuffed and presented inside the court where their testimonies were being recorded at the time of the incident. Meanwhile, a police constable stationed in police station Batala Colony opened fire on the two with a 9mm pistol. As a result of which both the brothers died on the spot while ASI Akram, who was present in the court, was slightly injured due to a bullet hit in his shoulder. Rescue 1122 staff provided medical assistance.

After an hour and a half delay, the crime scene and forensic teams shifted the dead bodies of the two victims to the mortuary unit of Allied Hospital for post-mortem through Edhi Ambulance. As soon as the double murder was reported, the employees of intelligence agencies also reached the spot. On this occasion, City Police Officer Omar Saeed Malik along with SSP Operation Abdullah Ahmed and SP Lyallpur Town Hafiz Kamran Asghar spoke to the media and said that a tragic incident has taken place and the accused has been arrested on the spot.

He clarified that the arrested constable Amir Vance was absent from Eagle Squad No. 4 Police Station Batala Colony, whose report number was 40. According to police sources, Rizwan alias Bhola, the brother of the deceased Ramzan Ashraf, Zeeshan Ashraf, has also been killed by the opponents, the Civil Line Police is busy. Inspector General of Police (IGP) Punjab Faisal Shahkar has taken notice of the incident and directed the regional police officer (RPO) Faisalabad to submit a report.