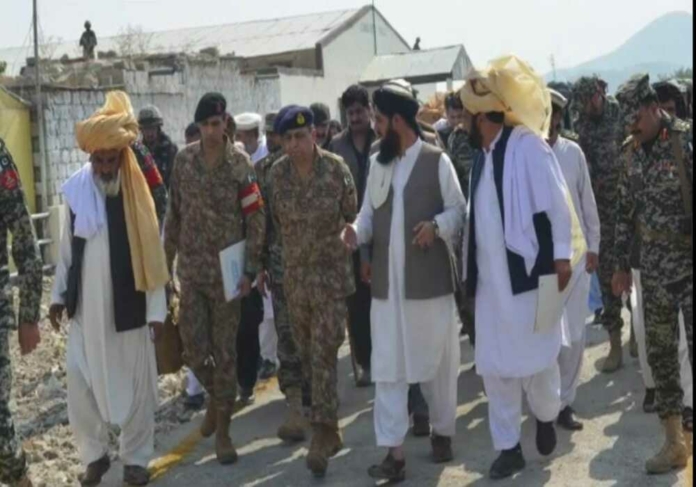 On Saturday, Corps Commander lauded the sacrifices of local tribesmen and said that unparalleled successes against terrorists were only possible because people fought shoulder-to-shoulder with security forces.

According to Inter-Services Public Relations (ISPR), the Corps Commander said that the Pakistan Army will provide all possible assistance in ongoing efforts for socio-economic development in the area.

The Tribal elders thanked the Pakistan Army for the restoration of peace and assured them of their unflinching support to the security forces.

Meanwhile, a fire exchange took place between security forces and terrorists in the general area of Spinwam, North Waziristan District on Friday.

Four terrorists got killed during an intense exchange of fire. Weapons and ammunition were also recovered from the killed terrorists.