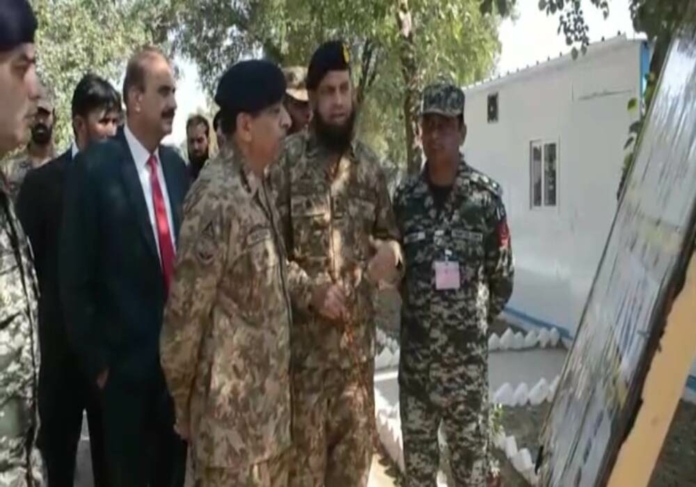 During his visit to Mir Ali, the Corps Commander inaugurated the Army Public School and also visited the Boys Hostel and Pakistan Sweet Home.

Pakistan Sweet Home was established in 2017 and 96 orphans from Mir Ali and Miran Shah are currently availing of the facility free of any expense.

The establishment of an Army Public School, which will educate students from Grades 1 to 8, was a popular local demand. The school has the capacity to enrol 525 students at a time. The boys’ hostel is providing free accommodation to 123 students from adjoining areas.

The Corps Commander was also Chief Guest at the passing out parade of the Basic Military Training Course held at the Scouts Training Academy (South), Mir Ali. A total of 1164 recruits from the 31st edition passed out after the successful completion of training.

The Corps Commander praised the sacrifices made by tribesmen in achieving peace in the area and assured the locals that the Pakistan Army would assist them in any way possible.

The Malaks and Mashrans thanked the Pakistan Army for the restoration of peace in the area and the ongoing efforts for socio-economic development in NMDs. They also assured the Corps Commander of their unflinching support to security forces.