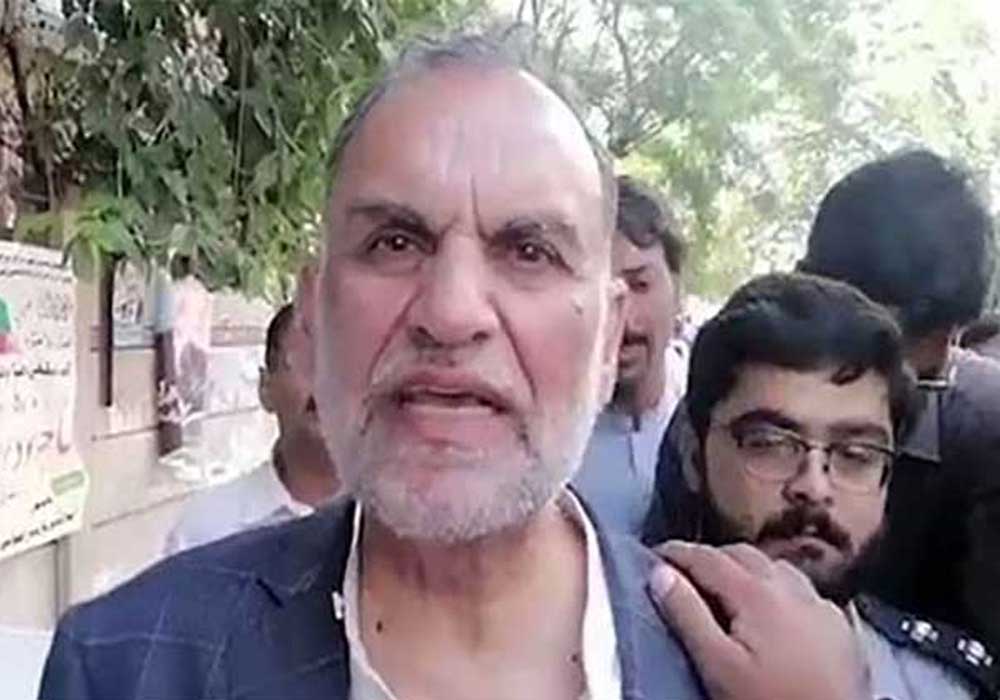 PTI senator Azam Swati’s remand has been extended for 4 days, according to his lawyer.

Swati’s attorney Babar Awan requested the court that the senator’s life is in danger that’s why he should not be presented in court today. The court accepted the plea of the senator’s lawyer.

FIA also did not object to giving further remand.

Earlier, it was speculated that Senator Azam Swati will be presented in session court today after the completion of his two days of physical remand.

The PTI leader was detained once more after speaking out against senior military commanders early on Sunday morning from his farmhouse in Chak Shahzad, Islamabad.

Swati was detained by the FIA’s Cybercrime Wing for insulting the army leader and other top military officers.

The case was filed based on a complaint by FIA Technical Assistant Anis ur Rehman.

The Prevention of Electronic Crimes Act and libel claims had also been filed in the case.

The senator had been detained under sections 500, 501, 505, and 109. The previous month, he was likewise detained in accordance with the same rules.