Says no one can influence court or any judge 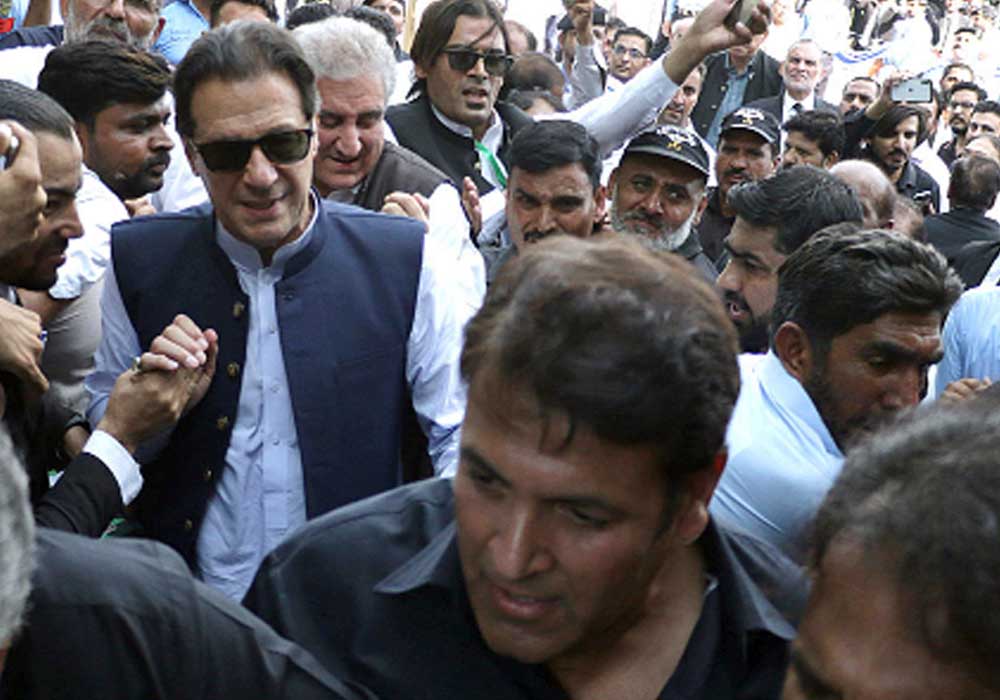 During the proceedings, the IHC CJ said “we have read your written response”, before adding that he “did not expect what was stated” about the lower court judges.

“I was expecting that the mistake made would have been admitted,” continued the judge, as he expressed his disappointment.

The judge stated that the courts had taken up “sensitive matters”, including “torture” and “enforced disappearances”. Reflecting on the seriousness of contempt against the court, he added that judges responsible for upholding justice in serious matters “were opened to criticism”, particularly when Imran “questioned why the court was opened at midnight”. Justice Minallah was alluding to the PTI chief’s criticism of the IHC being opened at midnight during the vote of no confidence tabled against him in the National Assembly in April this year.  “It has been open to everyone since 2018,” he retorted during the hearing yesterday.

“For the past three years we have raised the issue of torture without any fear,” he said, adding that political parties’ leaders had followers, so “they should think before they speak”.

The CJ furthered that for three years the court raised issues with then federal cabinet but “if only they [the former ruling party] had raised their voices then as well”.

“Should someone of Imran Khan’s stature have done this?” he said, as he lambasted the PTI chief for not having repented over his words. “No one can influence this court or any judge,” he said, adding, “This court has to uphold civilian supremacy. These [lower court] judges are more important than the Supreme Court and high courts.”

“Change will come when the constitution will be supreme and civilian supremacy upheld,” remarked the judge.

Islamabad Advocate General (AG) Jahangir Jadoon began arguing that PTI leader Chaudhry Fawad Hussain had also given statements against the court. Imran’s lawyer, however, distanced himself from Fawad’s comments. Preventing the AG from speaking, the court maintained that “the matter is between the court and the one against whom the contempt was committed”.

“You are registering sedition and terrorism cases,” the judge lambasted, and suggested the “approach should be reviewed”.

Subsequently, the IHC appointed senior lawyer Makhdoom Ali Khan, Muneer A Malik, and the Pakistan Bar Council member as amicus in the case.

“Please do appreciate the gravity of this matter,” said Justice Minallah, as he adjourned the court until September 8 and directed Imran to submit another response.

The PTI chief, in a provisional reply, had stated that due to “serious misunderstanding and misconception” he had misunderstood that Judge Zeba Chaudhry was not a judicial officer but an executive magistrate performing executive functions on the federal government’s directions.

The reply, submitted through Imran’s counsel Hamid Khan, had regretted that a wrong impression was perceived from the PTI chief’s speech that he had threatened the female judge for approving PTI leader Shahbaz Gill’s physical remand.

“Even otherwise, word ‘action’ used in the speech did not denote any ‘illegal/unlawful action’ against any person rather it was used for ‘legal’ and ‘lawful action’ which is right of every citizen of Pakistan,” the reply had stated. Meanwhile, Imran Khan sought the dismissal of terrorism charges levelled against him over the same speech.

Imran had been booked in a terrorism case on the complaint of Islamabad Saddar Magistrate Ali Javed for threatening the additional sessions judge of the federal capital, Zeba Chaudhry.