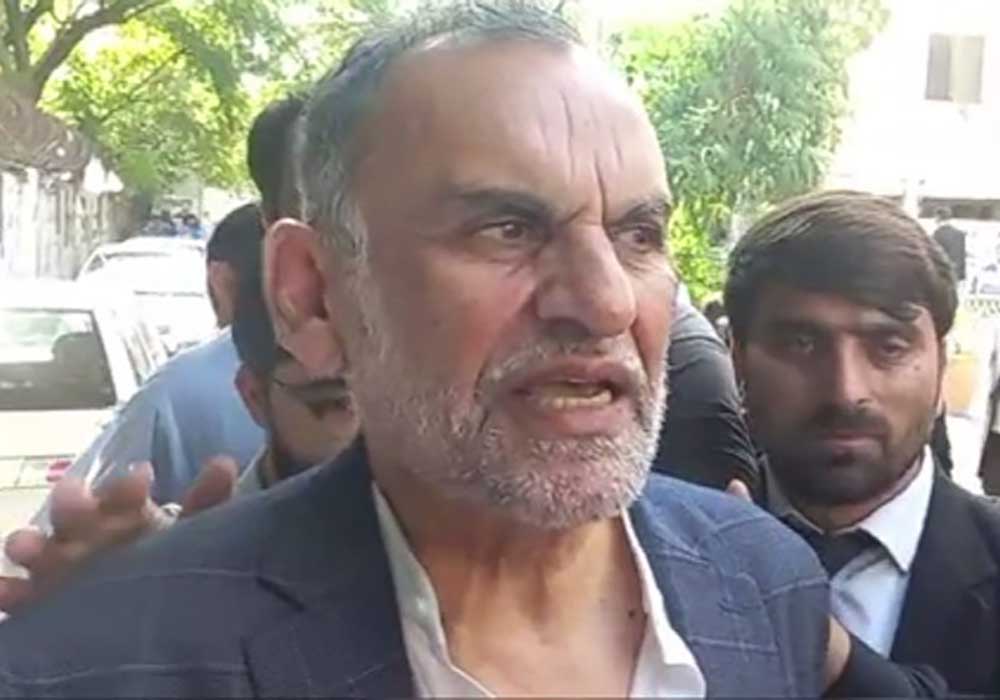 A court in Islamabad on Sunday granted the two-day physical remand of Senator Azam Swati, who was brought before the judge following his detention Sunday morning for his contentious tweets against senior military personnel.

Magistrate Waqas Ahmed Raja read the verdict that he had reserved after hearing arguments from the attorneys for Swati and the Federal Investigation Agency (FIA).

The FIA had requested eight days of physical remand but only two days were granted by the court.

The investigating officer informed the court during the hearing that the senator was detained because of certain contentious tweets he had posted. The FIA is attempting to recoup the senator’s mobile device, Twitter account, and other assets, he added.

He said, “Azam Swati is confessing that he wrote the tweet.”

The senator further stated before the court that everyone had seen the statement that was made.

Swati’s attorney, Babar Awan argued that the tweets did not adhere to the guidelines outlined in the initial information report.

The magistrate reserved the verdict in the case after hearing the arguments.

In a statement, the regulator claimed that during the PTI rally on November 26, the senator made accusations against institutions without providing any supporting evidence.

PEMRA issued a warning to television networks, stating that their licenses will be terminated without a show-cause notice if their orders were not obeyed.

Senate Chairman Sadiq Sanjrani received notice of Swati’s arrest through a letter from the FIA. Additionally, the letter now includes the FIR that was filed against the senator.

According to the letter from FIA, Azam Swati was detained “after due process and permission from the authorities.”