On Thursday, The arrest warrants of Rana Sanaullah were issued by the Special Judicial Magistrate Anti-Corruption in Rawalpindi over his non-appearance in an ongoing inquiry.

Court has ordered police to arrest and present the interior minister in front of the court. 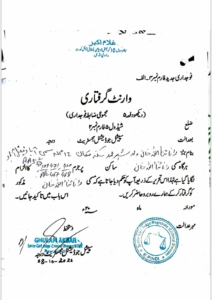 According to the order, non-bailable arrest warrants for the accused, Rana Sanaullah, were issued because “records suggest that contention of the investigating office is genuine,” which was accepted in the interest of justice.

According to local media reports, a spokesperson of Anti-Corruption Establishment Punjab confirms that Anti-Corruption has issued a non-bailable arrest warrant for Rana Sanaullah.

In the meantime, PTI announced on its official Twitter account that a police team has left to arrest Sanaullah and is on its way to the Kohsar police station.