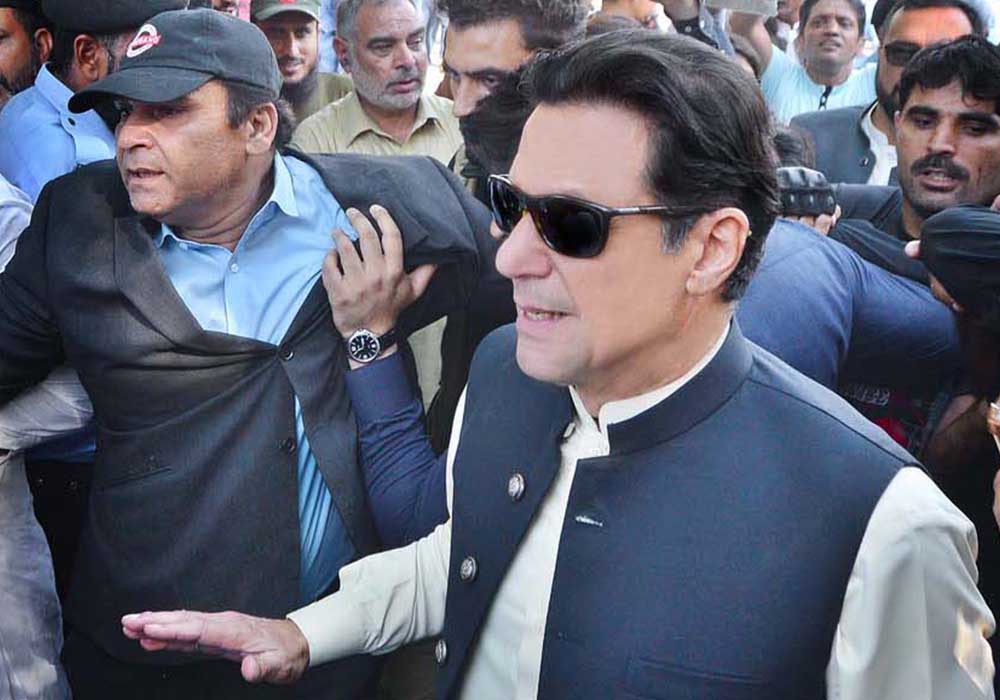 Pakistan Tehreek-e-Insaf (PTI) Chairman Imran Khan was ordered by an Islamabad banking court on Thursday to guarantee his appearance before the investigation officer (IO) in the prohibited funding case being prosecuted against his party.

The PTI leader’s attorneys pleaded for the court to deny the Federal Investigation Agency (FIA) permission to arrest Khan in connection with a case involving financial irregularities in the party’s finances.

The instruction was given today as the court announced that it had reserved judgment over Khan’s request for an extension of pre-arrest bail.

The petitioner’s attorney urged the court for a two-week delay for medical reasons at the beginning of the session, while Special Prosecutor Rizwan Abbasi asked the court to reject the former premier’s appeal.

Additionally, Khan’s attorney asked for the PTI leader to be excused from the hearing today.

The prosecutor insisted that since the attempt on Khan’s life during the PTI long march event in Wazirabad in November, he has been politically engaged.

Abbasi argued that the court should deny the man’s request for an exemption by stating that “he is in charge of the political matters yet doesn’t show up in court.”

He asked the court to order the investigating officer to visit the PTI leader at his Zaman Park residence in Lahore, claiming that Khan had not been in court or cooperated with the investigation.

The request by Khan’s attorney to question the former premier at his Zaman Park residence in Lahore was denied by Judge Rakhshanda Shaheen.

The judge said, “The court will not interfere. The investigation officer can conduct investigations anywhere and however, he wants.”

The judge also requested that Khan’s attorney explain to the court why the temporary bail should not be withdrawn.

She ordered Khan to join the investigation to guarantee his appearance before the IO regardless of the circumstances and postponed the hearing to January 31.