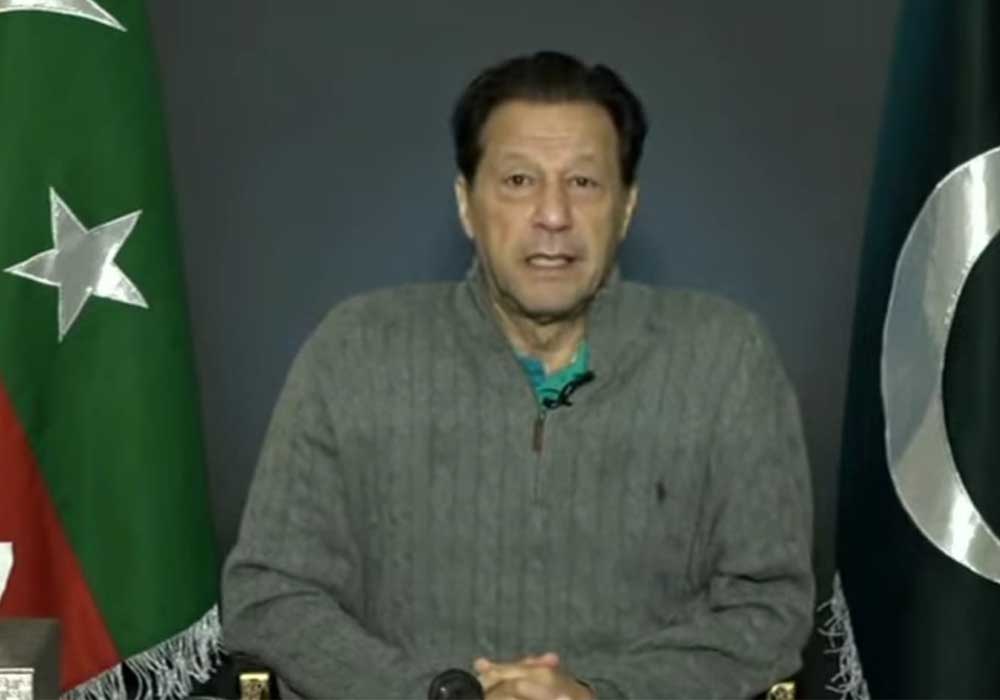 A trial against Pakistan Tehreek-e-Insaf (PTI) Chairman Imran Khan has been started in a case of threatening a woman judge.

A district and sessions court in Islamabad summoned Imran Khan on January 18 in a case of threatening a woman judge for which Senior Civil Judge Rana Mujahid Rahim has issued a notice to the former prime minister.

The court issued notices to Imran Khan in the case while the Islamabad Police has also submitted the challan of the case to the court.

It may be recalled that PTI Chairman Imran Khan had threatened a woman judge during an Islamabad rally after which the case was sent to the Sessions Court after the removal of terrorism sections from the case against him.

Imran Khan is on bail in the case. It should be noted that Imran Khan later apologized to the court.