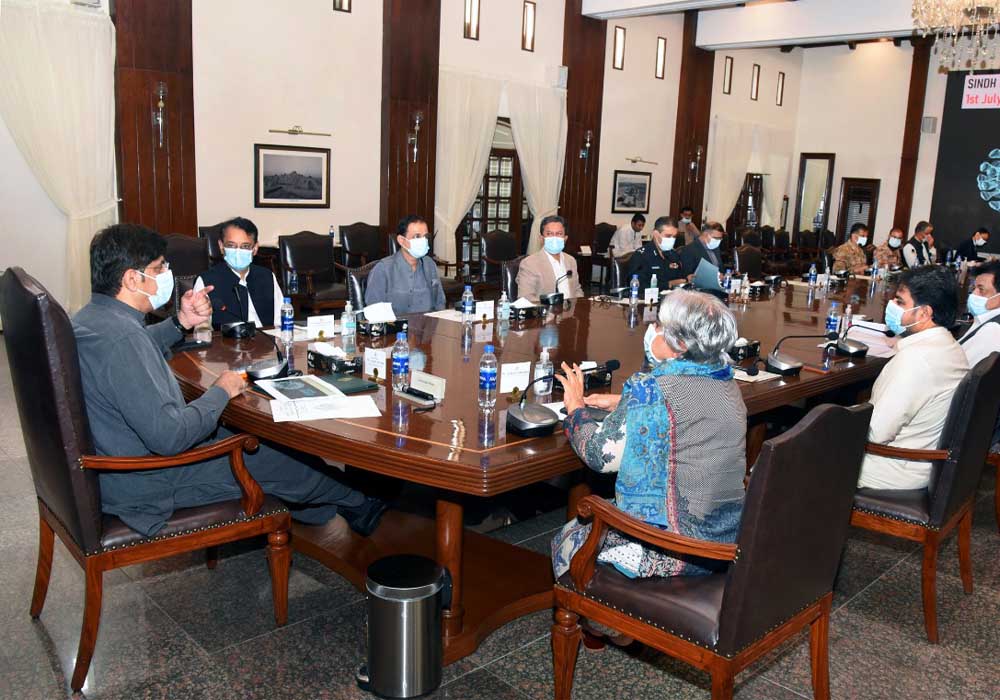 Sindh Chief Minister Syed Murad Ali Shah said on Friday that during the last week of June COVID-19 cases had shown an upward trend and it needs to be controlled before the advent of major events such as Eidul Azha, local government elections and Muharram, otherwise the government would have no option but to take some tough decisions.

The chief minister was told that on June 17, the province had only 38 cases with a 3.6 percent detection ratio while on June 18, the number of cases had jumped to 122. After that, the cases went on increasing from 377 to 531 and then to 465 on June 30. The chief minister said that the situation was not alarming but worrisome. “We need to control it through mass awareness,” he said.

The chief minister said that the ratio of positive cases in Karachi showed an upward trend between 19 to 21 percent during the said week while the trend of the cases showed a decline in Hyderabad. The weekly average of COVID-19 cases in Karachi has been recorded at 17.47 percent, 1.01 percent in Hyderabad and 1.05 percent in the rest of the province. In this way, the provincial average ratio during the said week remained 7.66 percent.

The chief minister was told that during the last 30 days, six deaths were reported, of the five on ventilators and one-off vent at hospitals. The province had four deaths in May, 10 in April, and 25 in March. Minister Health Dr Azra Fazal Pechuho told the chief minister that currently out of 4,122 patients only 63 are in hospitals, of them 47 are critical. She added that only four patients had been shifted to ventilators. At this, the chief minister said that it meant the hospitals were not under pressure.

Separately, Murad Ali Shah rode the recently launched Peoples Bus Service and took public feedback and suggestions regarding the service. He took the ride in the people’s bus service on Friday and asked the public about the service and took suggestions for improvement. Administrator Karachi Murtaza Wahan posted the CM’s photos while travelling in the service. People were happy at the launch of the landmark transport service in the metropolitan city and wanted its extension on more routes.

Murtaza Wahab said that the CM distributed masks among the citizens during his ride from Metropole to Shahrah-e-Faisal. The CM urged all passengers to follow Covid standard operations procedures (SOPs), he added. The commercial operations on the second route of Sindh Peoples Intra-District Bus Service commenced Friday morning.