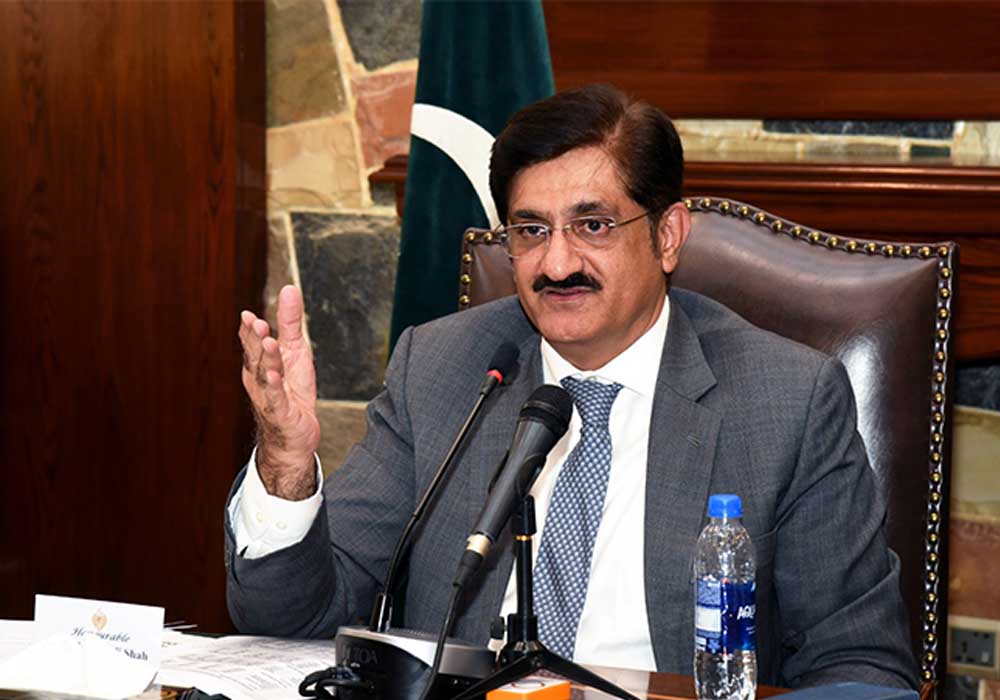 Sindh Chief Minister Syed Murad Ali Shah has said that in recent years a shift has been seen in geopolitical power from the West to the East along with the rise of Asia, especially through ASEAN, a resilient Africa and, more importantly, China with its expanding outreach through its Belt and Road Initiative, and Russia.

This he said while speaking at 75th Anniversary Conference of The Pakistan Institute of International Affairs on Pakistan and the Changing Global Order at a local hotel here on Wednesday. Dr Masuma Hasan, Chairperson of The Pakistan Institute of International Affairs, delegates to the Conference, ladies and gentlemen. He said the PIIA has put on the table every issue of contemporary importance in the changing global order, which would be addressed by a galaxy of scholars and diplomats from Pakistan and abroad. He added that it was a good decision that note of peace in the fluid global order would be issued at the end of the conference. “The changing world order will take time to find a new equilibrium, he said.

Murad Ali Shah said that the world was mired in conflicts and divisions for reasons which are historical and geographical. “Hence a concerted approach to all issues and challenges within and outside Pakistan is the need of the hour,” he suggested. Shah said that in recent years we have seen the shift of geopolitical power from the West to the East. He added that we have witnessed the rise of Asia, especially through ASEAN, a resilient Africa and more importantly, an assertive China with its expanding outreach through its Belt and Road Initiative, and a resurgent Russia.

“We ourselves are beneficiaries of China-Pakistan Economic Corridor (CPEC), which will bring vast economic benefits to our country,” he said and added the programme pointed out the significance of the development of Gwadar Port for the economy of Pakistan. The CM said that our own region was beset with unsettled issues. “The unresolved Kashmir issue and the unrelenting brutality of the Indian government against the Kashmiri people is a cause of universal concern,” he said and added their suffering continued unabated and so did their resolve to decide their own future.

Shah said that the stability in Afghanistan was a challenge to all players in the region. “Pakistan faces its own challenges not only of border security but also of water and food security,” he said. The said that we must remember that Pakistan is the fifth largest country in the world and has been an active and progressive power on the world stage. He added that in the changing global order, it was one of the nine declared nuclear powers. “It is a responsible nuclear power which has always used nuclear energy for peaceful purposes,” he said.

Even as a young nation, it stood by countries struggling against colonial rule and lobbied for their independence from their colonial masters, Murad Shah said and added that a member of many treaties dealing with support to developing and least developed countries, and humanitarian laws, it is one of the foremost providers of peacekeepers to United Nations forces.

The CM that he was glad that the programme of the Conference addressed the issue of climate change. “Many countries of the world, including Pakistan, which are not responsible for the emerging climate catastrophe, are afflicted by the effects of climate change,” he said and added the experts were now studying the convergence of climate change and national security.

The CM said that the climate change has ravaged our country during the recent massive flooding. “Bringing relief to people displaced by the floods, and made homeless, has been a major challenge for my government, “he said added, but, we have put our hearts and souls in the efforts to retrieve their homes and livelihoods and to rehabilitate them.

Shah said that his government has been a leading force in enacting progressive legislation in many spheres. “We have given legal protection to women, minorities, the marginalized and children,” he said and added over the last few years, we have adopted many pro-women laws. According to the CM, Sindh is the first province to enact a law against domestic violence (The Domestic Violence (Prevention and Protection) Act, 2013 and the landmark ‘The Sindh Child Marriages Restraint Act, 2013’. These laws, when invoked by the victims – which may take time – will bring stability to our society.

Murad Ali Shah hoped that the recommendations emerging from the Conference would help in the formulation of policies which could help to resolve contemporary problems. The CM said that Pakistan was strategically situated on the worlds map hence it has a significant role to play. “With an access to the Arabian Sea its Gwadar Port is important to Pakistan due to its prime location – it is important to China, Pakistan’s all weather friend, who has made massive investments to provide world-class facilities of docking at the port thereby increasing the existing economic and strategic interdependence between the two countries.

The CM said that the climate change could be an existential threat to countries like Pakistan. “Over-flowing rivers, melting sea ice, food insecurities, all are threatening our future and creating new tensions among competing powers at the top of the world” he said and added experts were now studying convergence of climate change and national security.