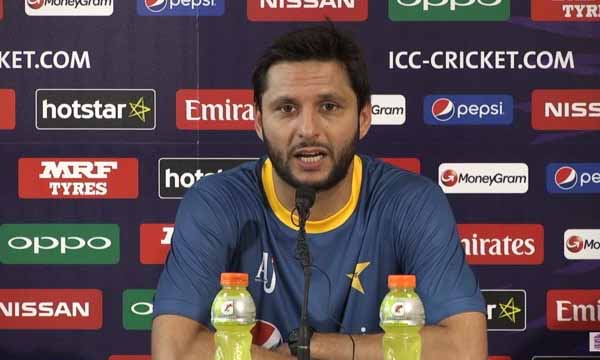 Former Pakistan all-rounder Shahid Afridi has made a bold statement claiming that other cricketing nations should not follow in the footsteps of India and ruin their ties with Pakistan and the Pakistan Cricket Board (PCB).

Afridi voiced his remorse for the recent New Zealand trip fiasco in an interview, saying Pakistan’s reputation had been “seriously damaged.”

“We all know that when it comes to planning tours, there is a lot of scrutiny. The touring nation’s security personnel undertake thorough investigations. The routes are specified, and only after the procedure is completed that is when the teams are given the green signal to visit the country,” said Afridi.

New Zealand’s unilateral move to withdraw from the series, according to Afridi, was “completely incorrect” and should not be accepted.

“New Zealand cricketers are loved in Pakistan and for them to do something like this is unforgivable. If there was any potential threat, they should have been shared with the PCB and waited for Pakistan’s security forces to assess the situation,” Afridi remarked.

Afridi concurred with claims that the phoney threat came from India and was a ruse to malign Pakistan.

Some suggested that Pakistan should boycott their fixture against New Zealand in the upcoming ICC Men’s T20 World Cup but Afridi disagreed. “We should respond to our critics with our performances and by winning the matches. We need to ensure they we deliver in the World Cup,” he concluded. Talking about Pakistan T20 World Cup squad Afridi said he was left in a state of confusion over the selection of some players. “I am definitely surprised by the selection. I don’t understand the selection of two to three players in the squad. I also don’t understand how we could have left a couple of names out of the squad either,” said Afridi.

“I have received some information and PCB is very likely to announce another squad for the upcoming World Cup with some changes,” he added.

Afridi further stated that, regardless of the team’s selection, he will fully support them once they leave for the mega-event, which will begin on October 17, 2021. Pakistan will open their 2021 ICC Men’s World Cup campaign on October 24, 2021, with a match against arch-rival India.