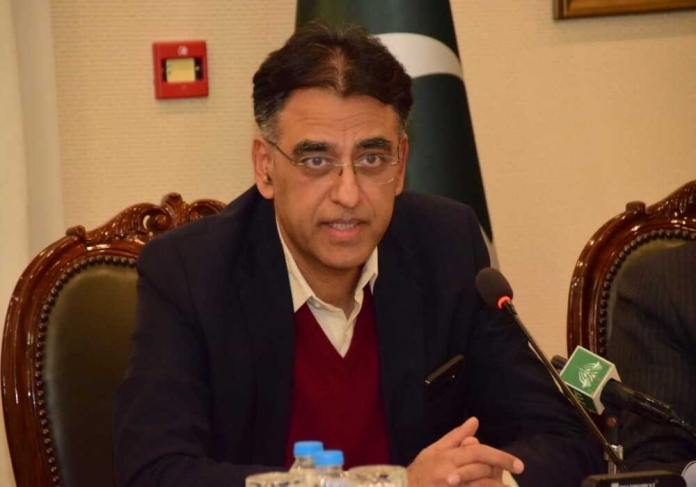 PTI leader Asad Umar said that any attempt to compare criticizing a person to criticizing an institution is rejected.

On Saturday, Asad Umar tweeted that based on the sacrifices made by its members to defend the country, the institution deserves love and respect.

Any attempt to equate criticism of individuals with criticism of the institution is rejected. The institution deserves love and respect based on the sacrifices made by its members to protect the nation. Each and every individual is not necessarily worthy of that love & respect

He also stated that, if ISPR wants to hear what disrespect for martyrs sounds like, they should listen to the famous national assembly speech of the current defense minister.

If ISPR wants to hear what disrespect for martyrs and the institution sound like, all they have to do is listen to the famous NA speech of the current defense minister where he claims the institution has ripped off the flesh of the nation from its bones!!!

Senator Shibli Faraz while talking to the media on Saturday said that Imran Khan is the hope for people of Pakistan, who want to establish rule of law in the country.

He claimed that since these thieves have been destroying our nation for the past six months, it is everyone’s responsibility to defend Pakistan’s future.

Faraz said that “Imran Khan now has greater confidence and hope that he can rid this nation of thieves and crooks as a result of this unfortunate event.”

He further mentioned that the recoveries of injured members are progressing nicely, and doctors have said that Imran will be discharged in a day.

According to him, this entire situation needs to be thoroughly investigated; it was not a solo effort.

Faraz said that FIR is not yet filed because the police don’t want to include one name and because influential people won’t allow themselves to be trialed in court.

“If they don’t file FIR, we will demonstrate in front of the police station.”